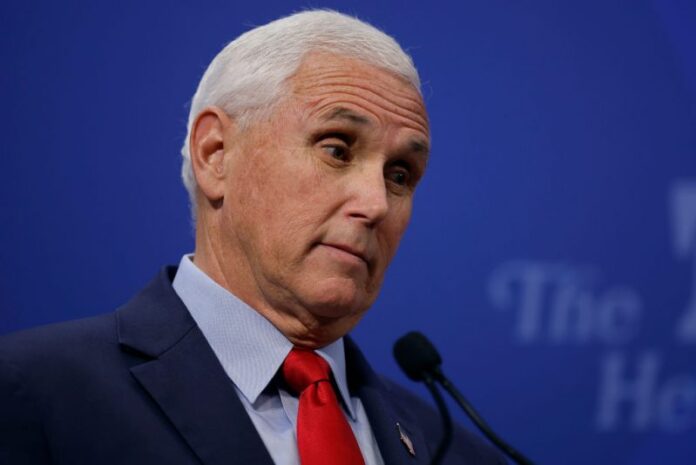 Former Vice President Mike Pence speaks during an event to promote his new book at the conservative Heritage Foundation think tank on October 19, 2022 in Washington, DC. During his remarks, Pence talked about his “freedom agenda” and warned against “unmoored populism.” (Photo by Chip Somodevilla/Getty Images)

Officials have confirmed that classified documents have been found in former Vice President Mike Pence’s Indiana home on Tuesday. The documents’ subject matter, degree of sensitivity, or classification is not yet known.

It is reported that Pence hired an outside agency to conduct a search inside of his own home, “out of an abundance of caution” following the news that classified documents were found at President Joe Biden’s home and office.

According to sources, the documents were found by Pence’s lawyer, Gregory Jacob, in the Republican’s Carmel, Indiana home. The National Archives were informed of the discovery by Pence’s staff.