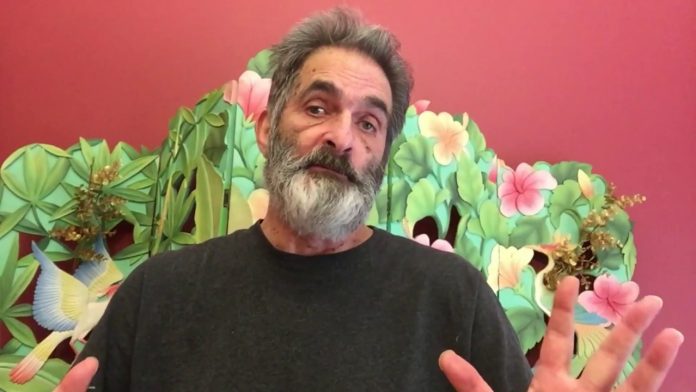 Continuing my “greatest COVID hits” articles. To read my introduction to this ongoing series, go here.  To support my work and get value for value, order My Matrix Collections here and subscribe to my substack here.

“Cover stories are the life blood of intelligence work. Agencies mount a secret operation, float a cover for the public and the press, and stimulate debate for and against details of the cover story. Buried inside the debate is the automatic acceptance of the big-league lie embedded in the core of the cover.” (The Underground, Jon Rappoport)

In my recent coverage of the coronavirus (archive here), I ran a bulldozer over major media presentations of the epidemic.

One of my main points was: there is no good reason to believe A VIRUS is causing illness and death.

There are certain lies people cannot reject, under any circumstances. Why?

“If I reject this one assertion and call it a lie, then other dominos start to fall. What else would be a lie? What other foundation stone of reality would turn out to be made of air? How many authorities would I end up disbelieving? All my life, I’ve relied on experts to tell me what reality is all about. I can’t make a switch. It’s too much. THEREFORE, the experts are always right. That’s my logic. Or my leap of faith. My religion.”

In this article, I’m not going to recapitulate all the evidence I’ve already presented about the coronavirus as a fake cover story. But I do want to give you some detail about how the cover story is being deployed, as we speak. Some people are consciously using it; others are following suit, for their own reasons, or out of sheer “addiction.”

Notice: people are now debating whether the virus has been weaponized. That’s a deeper level of the original cover story—which was simply: “this epidemic is being caused by a new human virus.”

People are debating whether the virus was created or altered in a lab, whether it leaked out of a lab or was intentionally released. Another deeper step.

People are debating whether the Americans or the Chinese cooked up the virus.

They’re debating whether China is doing the right thing in locking down 50 million people, and whether the Chinese are killing people who are “infected with the virus.”

Deeper and deeper the cover story goes. AND REGARDLESS OF WHICH SIDE OF A DEBATE PEOPLE TAKE, BOTH SIDES SUPPORT THE VIRUS AS THE CAUSE. That’s how good cover stories work: you get people disagreeing on details—while underneath it all, they automatically buy the central lie, the central unproven assertion. The big one.

We have two cases—in Canada and the US—where scientists are accused of secretly working for China and trying to smuggle, or actually smuggling, a coronavirus into Wuhan. Did they? Did they succeed? Did they fail? Regardless, the story bolsters the basic idea that this IS an epidemic caused by a virus.

Then we have the ever popular: “the effect proves the cause.” That is an egregious fallacy, but never mind. It goes this way: since people are dying (the effect), the announced cause (the virus) must be true. Absurd. A fake imitation of logic.

Same with the lockdown (effect). Why would China be locking down 50 million people unless the virus (cause) was killing people? Another absurd argument based on appeal to authority as the fount of wisdom.

If the people in charge of policy behave AS IF a virus were spreading and killing people, then the virus “must be the cause of the epidemic.”

We see photos and footage of people in hazmat suits. We see a few people lying in the street in Wuhan. We see workers loading a person on a stretcher into an ambulance. We see a crowded hospital. Therefore: VIRUS.

An important US public health official—Tony Fauci—tells the press he wants a fast analysis from experts about the outside possibility that the coronavirus is a bio-weapon. Either way, it’s THE VIRUS.

A Chinese scientist is blaming the US for weaponizing the coronavirus and launching it against the Chinese people? Did he actually blame the US? Yes or no, it’s THE VIRUS.

Here’s a quick stew of recent headlines in the press:

* Could infect 60% of global population if unchecked…

* Cruise Ship Rejected by Five Ports Runs Out of Options…

* UPDATE: MILITARY HAS MASS QUARANTINE CAMPS SET UP IN USA…

Now suppose, just suppose we were seeing a completely different set of headlines, plus absolute re-enforcement and confirmation from elite television news anchors, every night (based on my recent articles and the research of outliers):

* MASSIVE AIR POLLUTION OVER WUHAN CREATING ALL THE SYMPTOMS OF THE SO-CALLED EPIDEMIC; LARGE STREET PROTESTS AGAINST THE POLLUTION NOW GONE OWING TO LOCKDOWN

In that case, some very interesting things would happen to the virus cover story.

A “readjustment” of information revolutionizes perception.

“But it HAS TO BE the virus. Otherwise, I need a new reality.”

Yes? And? So? What’s wrong with new reality?