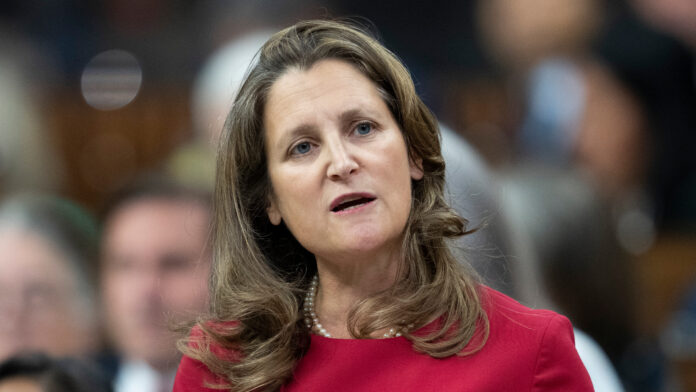 ‘Our government remains committed to no longer provide charity status to anti-abortion organizations that provide dishonest counselling to women about their rights and about the options available to them at all stages of a pregnancy,’ said Deputy Prime Minister Chrystia Freeland.

Crisis pregnancy centres, which provide counselling, supplies and financial support to pregnant women and their newborns, are being stripped of their charitable status by the federal government.

Conservative MP Leah Gazan used an inquiry of ministry to compel the federal government to describe what criteria were being used in determining if an organization was “anti-abortion” and what organizations and advice were used as experts in determining the new guidelines for federal charitable status: