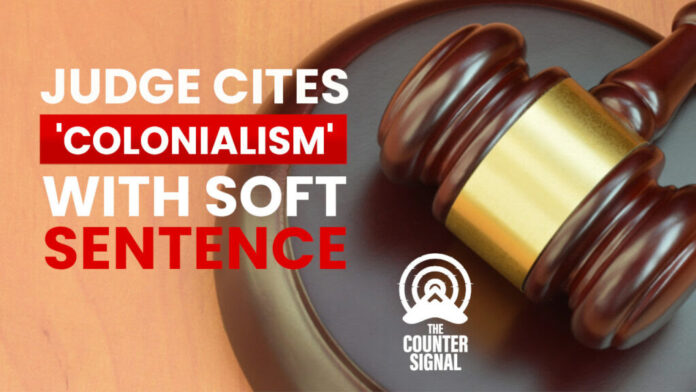 A Calgary judge just let an indigenous man avoid a federal prison sentence despite having slit a stranger’s throat on the subway in May.

In his ruling on the case of 25-year-old Bobby Crane, Judge Harry Van Harten cited “the history of colonialism” as contributing to his attack on the white 65-year-old stranger, Leonard Smith.

“The history of colonialism has to be taken into account,” said Van Harten in his ruling.

The brutal incident occurred on May 18 on a CTrain at around 6:20 a.m. Smith, who is visually impaired and relies on public transit, was attacked by Crane from behind.

Crane slashed Smith’s throat with a utility knife from one side to the next, leaving him with a 23-centimetre gash on his neck that barely missed his carotid artery – which, if severed, would have likely left Smith dead.

The government had asked for the maximum possible sentence in this case, and Van Harten settled for two years in provincial jail and three years probation.

This absolutely ridiculous woke culture has NO PLACE in the courtrooms of Alberta. Judge Van Harten should be dismissed immediately with this blatant miscarriage of justice. Sign our petition here.

P.S: If you enjoy our local news coverage, consider subscribing to become a Newsroom Insider.