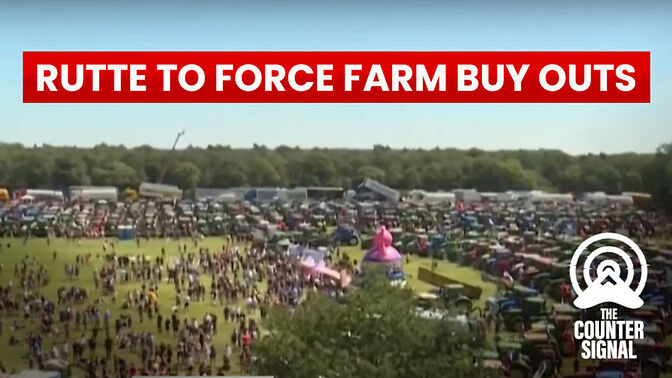 The Dutch government is forcing 3000 farms to close

In order to comply with the European Union’s insane climate laws, the Dutch government of WEF puppet Mark Rutte will forcibly liquidate and destroy 3000 farms. Forcing them to close for good.

According to nitrogen minister Christianne van der Wal, government purchase will be compulsory.

“There is no better offer coming,” claimed van der Wal.

If farm owners do not accept the buyout offer, government force could be used on them.

As many of you recall, I covered the Dutch Uprising that occurred back in June and July, where massive numbers of the Dutch (and many Canadians too) protested the ridiculous tyrannical Nitrogen policies that would have bankrupted thousands of farmers. It looks like the Dutch government is preparing to deal the final blow.

While I am not quite able to afford to go back to the Netherlands in person at this moment, we will be providing comprehensive coverage from our newsdesks here in Canada.

If you would like to support us, please consider purchasing a subscription to The Counter Signal. Click here if you’d like to lend our journalists and me a hand.

Keep fighting for what is right,
Keean Bexte
Editor-in-Chief
TheCounterSignal.com

P.S: If you enjoyed our coverage of the Dutch Uprising back in June, consider becoming a Newsroom Insider.