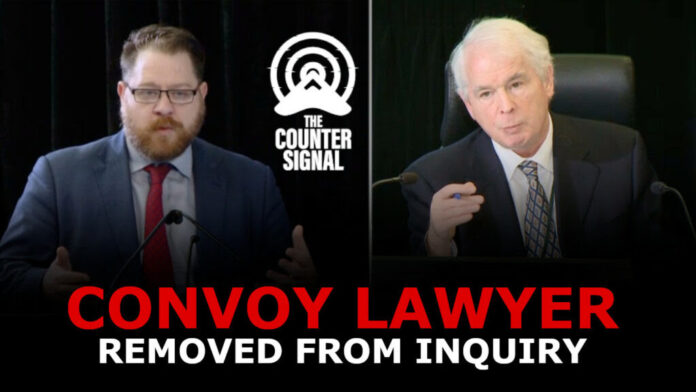 Judge Rouleau has booted Freedom Corp lawyer Brendan Miller from the Public Order Emergency Commission. Our story is out, and we are updating it as we get more information.

Miller had asked that a new witness step forward, a Liberal staffer named Alex Cohen, who was implicated in a recent discovery where the Liberals were planning to frame the convoy protestors as extremists even before they arrived in Ottawa.

In other words, the fix was in from the start – and Trudeau was about to be completely exposed. That is where his friendly judge stepped in.

A tense exchange soon followed after his request was denied, and Rouleau ordered Miller to be removed from the proceedings.

This is an outrage. Rouleau is clearly covering for Trudeau, who will be testifying himself this week. Miller MUST be allowed back into the hearings.

Trudeau, Freeland, and several other high profile Liberals are up on the docket in these last few days – stay tuned and keep fighting for what is right.

P.S. I am currently in Calgary covering investigating a different beat. I am looking for cheap flights to get to Ottawa so that I can be there in person while Trudeau gets cross-examined. (There are several other high profile witnesses that I will be covering live as well).

Thanks for following along Michael, I will keep you looped in on our coverage. If you are able, a donation to support my team and our work would be deeply appreciated.