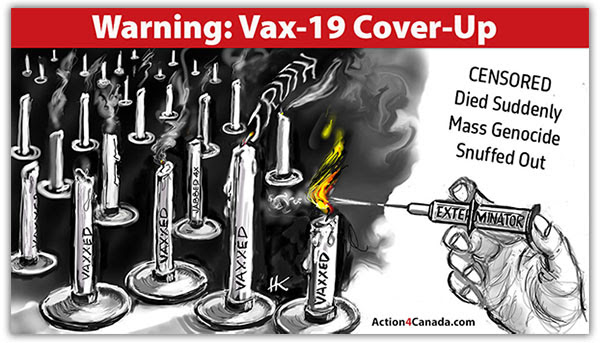 Having the technical skills to work within the confines of Facebook’s terms of service, but around their algorithms, Tiago Henriques and his team managed to keep their Facebook page, Died Suddenly News, up for well over a year and maxed out at over 296,000 members. During this time Henriques was able to download and analyze critical information that reveals a frightening pattern of injury and death as a direct result of taking the jab. They received hundreds of thousands of firsthand testimonies, either reporting immediate deaths or aggressive illnesses (such as cancer and myocarditis) within three to four months of taking the jab.

Our next special guest Tiago Henriques, joins Tanya for a provocative conversation about Facebook’s extreme censorship policy. It raises the questions, “Is FB acting as an accomplice in a worldwide jab genocide?”, “Is this about more than just censorship? Possibly money and murder?”, “Is it a cover up for the greatest heist in the history of the world?”.

Tanya and Tiago will also discuss the government and Bank of Canada’s roll in orchestrating a massive wealth transfer and destroying Canada’s economy so as to be able to implement a Digital ID scheme to control citizen’s lives and every future transaction. Read More and Share the Empower Hour HERE.