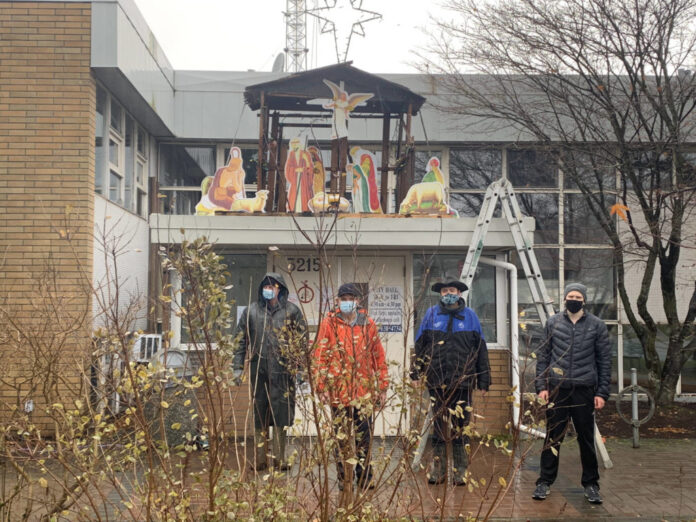 Knights of Columbus volunteers in 2021 pose for a photo of the nativity scene they had just put up at city hall. The city is banning the practice this year. (Contributed photo)

The move reflects a 2015 Supreme Court of Canada decision

The City of Terrace is banning the placing of a nativity scene on top of the covered entrance to city hall this holiday season, ending a decades-old Christmas observance.

The nativity scene belongs to the Knights of Columbus, a Catholic men’s charitable group, and is usually put up in early December.

The city is invoking a Supreme Court of Canada decision arising from a 2007 complaint filed against the City of Saguenay, Quebec for its council’s practice of holding a prayer prior to each meeting.