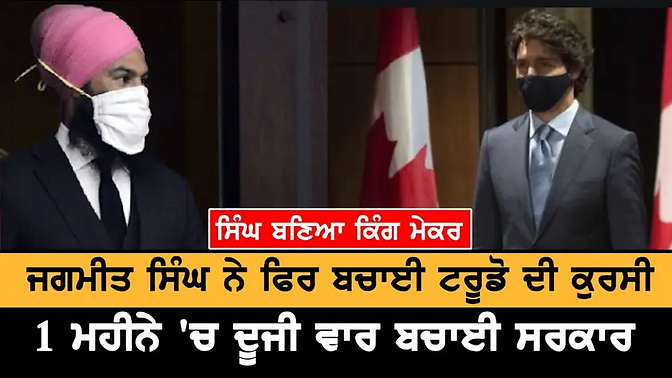 The purpose of the federal NDP party has been reduced to back-up quarterback for Justin Trudeau’s “Woke Revolution.”

You can say that again, Canadian media. Despite politically correct prostrations, in March 2022 New Democratic Party leader Jagmeet Singh sealed his fate as a political leader.

“The Liberal government is a failure on the environment,” Singh tells the CBC.

Then why did you lock them in for an additional three years, buddy-boy? The question can be applied to any and all of his criticism of the Trudeau government. Why is it that legacy media refuse to point this out?

Little did Jagmeet Singh know that he would transition public opinion of the NDP to progressively negative upon signing his pact with Justin Trudeau. Permit CAP to eschew the details and get straight to the point: