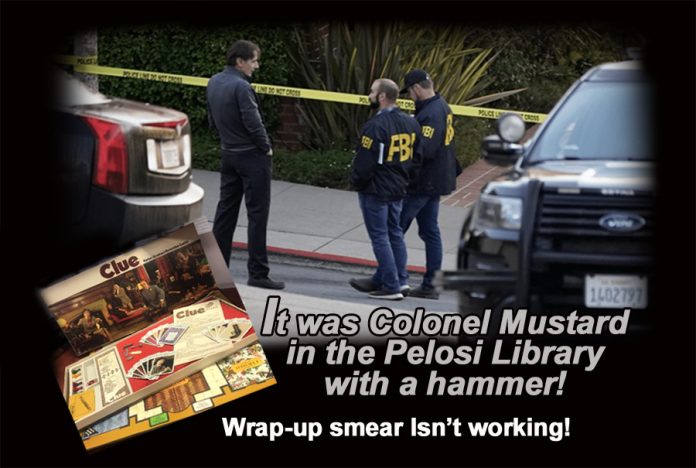 Paul Pelosi’s ties with someone’s ex-lover is out of the box and in the headlines? Can Nancy put her/him back in the box? This is one smear job that won’t go down well. Why was this going down at Pelosi’s house?

Not even sure if the blue pill will put it at bay?

You know it’s bad when many news outlets are cringing to even write about it. That’s what Republican Daily has said…or close to it. They finally weighed in and gave their opinion in an article titled, ” The Paul Pelosi Story Makes No Sense, and the Public Needs Answers“.

The administration of Republican Daily wrote, “I’ve stayed away from the story of Paul Pelosi, Nancy Pelosi’s husband, being attacked by a hammer in his San Francisco home to this point because of how confusing the fact pattern is. After all, it’s always best to not get out over one’s skis, a rule I’ve not always followed in the past, not so much on RedState, but in the lightening fast environment of social media.”