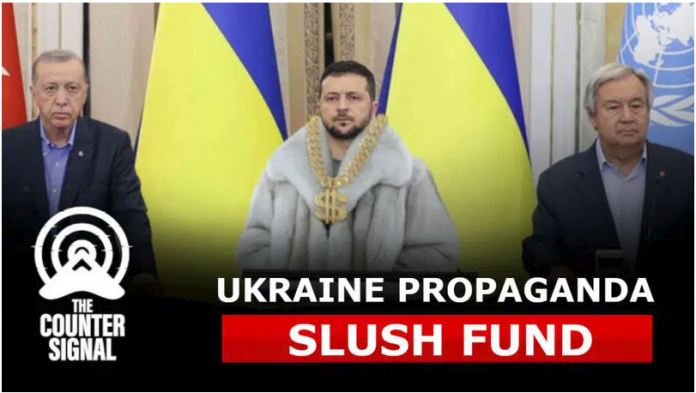 I have been offered money to publish articles that are pro Ukraine and anti Russia.

A Ukrainian journalist named Volodymyr Kuzma contacted me and offered me $200 per Tweet I made in support of Ukraine. As you know, I have over 200,000 Twitter followers, so each tweet could potentially make quite an impact.

The man claimed that the articles were based on “human rights,” and that his organization was called “Humans Virtue.”

But I must ask, where is this money coming from? Some secret Hunter Biden slush fund? Why is Ukraine buying off journalists? I thought they were the good guys?

The average income in Ukraine is only $845 USD a month. There is no way that this money is coming from the average person there.

At the Counter Signal, I pledge to you that I will NEVER take money from ANY corrupt regime, and it does not matter if it is Putin, Zelensky, or Trudeau offering it.

We are an entirely grassroots organization funded by people like YOU! I will do everything in my power to make sure it stays that way.
Keep fighting for what is right,

P.S. In order to keep up our completely independent coverage, we need support from loyal viewers like yourself. Please help out any way that you can.