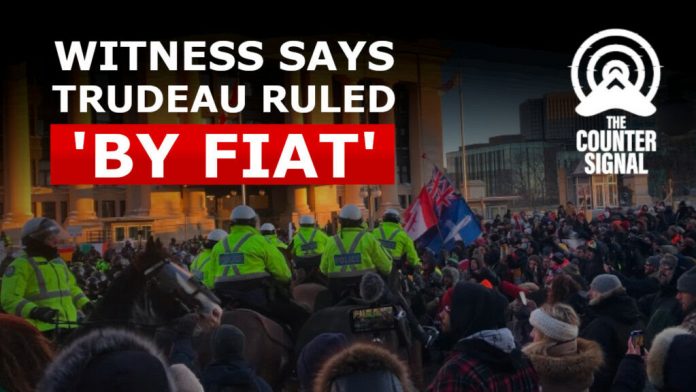 Here are the highlights from Day 1 of Trudeau’s Trial

It’s the first day of the federal Emergencies Act Inquiry, and already, two liberty organizations say the Trudeau Liberals were ‘not justified’ in invoking the legislation to grant themselves extreme powers.

Meanwhile, CBC News was playing wall-to-wall coverage of the January 6th hearings in the United States. They know these hearings don’t look good for their boss, so they are trying to distract you with nonsense.

“There was no justification whatsoever to invoke the Emergencies Act,” said Brandon Miller, a constitutional counsel for Freedom Corp, which represents convoy organizers.

Robert MacKinnon, co-lead counsel for the federal government, said government witnesses will outline other steps the feds attempted to reveal that the emergency declaration was a “last resort.”

It also remains to be seen if Justice Paul S. Rouleau, a known Liberal party donor, can remain impartial throughout these hearings.

So far, it is not looking good for Trudeau and his ilk. But there is a long way to go in these hearings.
Keep fighting for what is right,

P.S. Just a couple of bucks goes a long way to helping us pay for expenses, which include flights and hotels to and from Ottawa. The trial is slated to last 30 days, and could be extended.