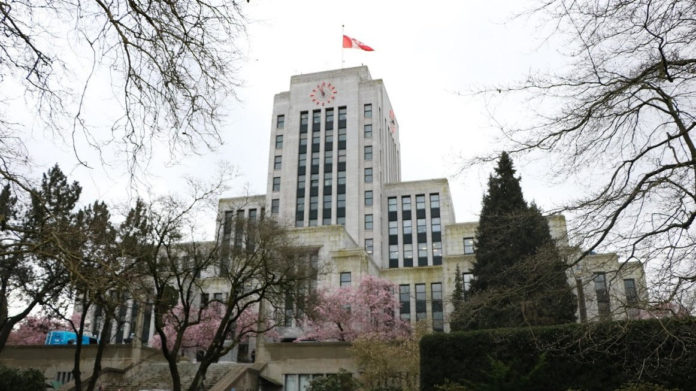 What kind of a politician would vote FOR new taxes that don’t have to be turned over to government, don’t have to be used for any specific purpose or program, and can just increase the profits of those who collect them????

Sound like something a corrupt autocratic Third World regime would do? To put money into the pockets of their friends and backers?

No! That’s the current Vancouver City Council at work: going so berserk that they actually passed a new Bylaw that has seen hundreds of thousands of city residents and visitors paying MILLIONS OF DOLLARS in EXTRA levies on restaurant takeout drink cups and food bags since Jan. 1 … without a single penny having to go to any environmental government program, any recycling initiative or even any other kind of societal assistance program or project.

The restaurants that collect the taxes can just keep them. And laugh all the way to the bank!

In March, after the stupidity of the tax being collected and just pocketed by those who collect it became apparent, there was a vote at City Council to STOP the fee collection scheme (or scam?): but that proposal was DEFEATED.

Hopefully, the voters will throw out ALL those Council members who voted to keep useless tax, despite no legal requirement the monies being collected go anywhere, just pouring extra millions into the profits and bottom lines of those who collect them.

So ridiculous! So disrespectful of the voters and their money!

While huge property developers and corporations get almost free run of our neighbourhoods … and where the Broadway Plan will make more multi-millionaires of property owners selling out their homes/smaller condos to be replaced with dozens of 30-storey towers.

And what I find particularly interesting is that, as pointed out in a previous Blog, the same culprits who voted to introduce and keep the tax-for-nothing are largely the same ones who voted for so many other resident-punishing City ideas: providing $600,000 of taxpayers’ money to funding a private organization’s attempt to sue big oil corporations; spending up to $1.5 million to study the feasibility of mobility pricing; and the bid to require street parking permits everywhere in the city.

You can read that Blog piece here:http://harveyoberfeld.ca/blog/vancouver-election-a-new-mixed-council-is-the-best-council/.

All these efforts … while Vancouver sidewalks have been allowed to become campsites; while just walking down the street or enjoying a park or the seawall is now dangerous, day or night; and, where smashed store windows and doors are now quite “normal.”

Even if you have never voted in a City election before, you really should this time .. on Oct. 15!

Yes, there are so many candidates, so many choices … but I suggest, based on past voting records, if you are not satisfied with what you see around you in Vancouver, it’s not that difficult:

For Mayor, I’m voting to give Ken Sim of ABC a chance.

For Council (or Parks Board) DON’T VOTE for: COPE; GREENS: One City. CHOOSE instead from ABC, NPA, TEAM … and biographies of every candidate appear on the Vancouver City Hall Election website, as well as each of the party sites.

Imagine the damage to Vancouver with another four years of the current GREEN, COPE, OneCity incompetents running City Hall!!