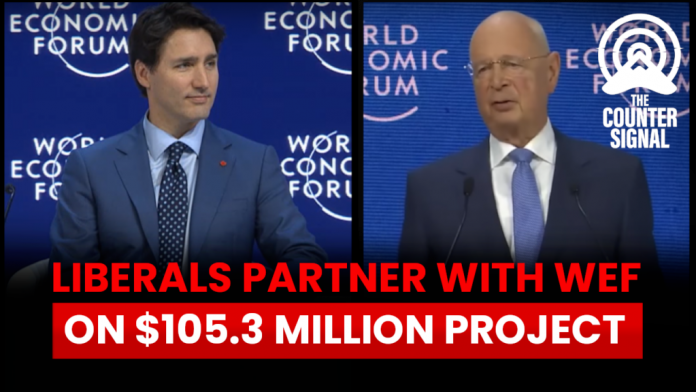 The WEF has been exposed, and is working directly with the Trudeau government
It has been revealed that over $100 million of taxpayer money will be going toward the Known Traveler Digital ID project, of which the World Economic Forum (WEF) is a project partner,

The project is effectively a global digital passport, something that many have long feared would eventually be implemented. See, Schwab and his gang want to track you wherever you go.

What we have long suspected is now no longer a conspiracy, it is a fact. Trudeau is in bed with the WEF and is working directly with them on nefarious projects such as this.

It is now our job to keep exposing them for their dirty deals, and share the truth with the world. The CBC has the same documents that we have – they are just choosing to keep them secret.
Keep fighting for what is right,

P.S. This story went viral so quickly that it caused our servers to crash for a brief period of time! We have implemented a bandaid solution, but it is becoming clear to me that we need to upgrade our servers and move them out of Canada (perhaps Texas) to keep them safe, secure, and operational. Can you help us make sure that this does not happen again?