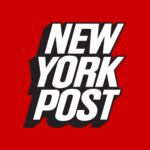 A top Democratic operative says voter fraud, especially with mail-in ballots, is no myth. And he knows this because he’s been doing it, on a grand scale, for decades.

Mail-in ballots have become the latest flashpoint in the 2020 elections. While President Trump and the GOP warn of widespread manipulation of the absentee vote that will swell with COVID polling restrictions, many Democrats and their media allies have dismissed such concerns as unfounded.

But the political insider, who spoke on condition of anonymity because he fears prosecution, said fraud is more the rule than the exception. His dirty work has taken him through the weeds of municipal and federal elections in Paterson, Atlantic City, Camden, Newark, Hoboken and Hudson County and his fingerprints can be found in local legislative, mayoral and congressional races across the Garden State. Some of the biggest names and highest office holders in New Jersey have benefited from his tricks, according to campaign records The Post reviewed.