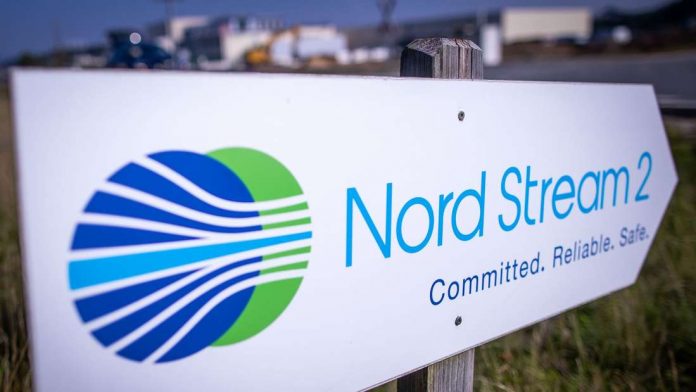 Biden makes good on his threat to destroy Nordstream 2

This morning, we got news that both the Nordstream 1 and Nordstream 2 pipelines have been sabotaged, and will be unusable for the foreseeable future.

Joe Biden promised months ago that the US would prevent Nordstream 2 from ever opening.

One can guess that the US, in order to maintain plausible deniability, did not due the dirty deed themselves. They would have given the required underwater drones to the Ukrainians, or perhaps to the Polish Government, which is so blinded by its hatred of Russia it doesn’t care that creating a full-on depression in Europe will also mean a full-on economic collapse for Poland. (The former Polish Defence Minister just thanked the US for blowing up Nordstream 1 and 2, so perhaps it wasn’t the Poles.)

One can guess that the government-controlled press of Europe will try to argue that Russia bombed its own pipelines. (Why would they do that, when they can just turn off the spigot? Russia’s leverage comes from being able to turn the taps back on; why on Earth would they destroy that capacity?) Never mind, it’s clear that the Europeans are naive enough to believe just about anything.

Prior to this year, Europe had a huge trade surplus with America. By the end of this year, Europe will be importing tens of billions of dollars of US goods it can no longer afford to make for itself – even stuff as basic as toilet paper, apparently. Of course, by then, Europeans may be using Euros and British pounds as toilet paper, if those currencies keep collapsing as rapidly as they have in the past month.

PS: Back on the 23rd of July, I made the prediction that economic things would start to break soon.

So far we’ve see all three major US stock markets fall into ear markets. Twenty-nine trillion dollars have disappeared from world stock and bond markets this year. The Euro, the British Pound and the Yen are all crashing. Europe is having to bail out its major utilities to prevent them from going bankrupt – starting with Uniper. Most metal processing operations in Europe will shut down soon, if they haven’t done so already. Europe now faces a very long and very cold winter.

And this is only the beginning.

PPS: Moonofalabama has more background and analysis on the Nordstream story, as does the Global Times, source of the picture above. Victoria Nuland also promised that “one way or another, Nordstream 2 will not move ahead.”

I knew that Ursula Van Der Leyen reminded me of someone…