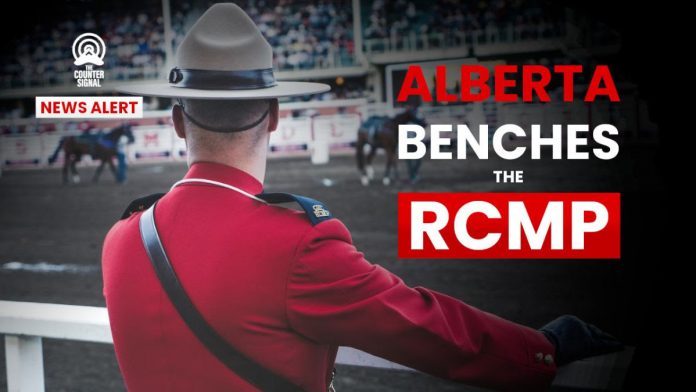 The Alberta RCMP have been commanded to ignore Trudeau’d direct orders.
You heard it on The Counter Signal first.

The Alberta government has followed through on a promise, and Trudeau is now reeling from the slap in the face.

His beloved RCMP, whom Trudeau has had at his disposal since he came to power in 2015 has just been ordered to stand down and not assist the Trudeau government in firearm seizures by the Alberta government.

As you may know, in 2020, Trudeau issued a blanket ban on over 1,500 styles of firearms on the basis of how scary they looked to Liberal voters. It poses the risk of criminalizing hundreds of thousands of Canadians who have done nothing wrong.

Finally, I think, Kenney has done something useful. Read the commands that he sent the RCMP here.

Every other province, from Saskatchewan to Ontario, must follow Alberta’s suit and command their local forces to turn their backs on Trudeau.
Keep fighting for what is right,

P.S. Since the very beginning, The Counter Signal has stood with law-abiding firearms owners. Every story we publish on the topic is edited and published by a licensed owner, (me!). The Mainstream media hates people like us, and they are on Team Trudeau when it comes to kneecapping our freedoms. Can you stand with us and support our Journalism Fund?

P.P.S We need to fundraise $6,000 before the end of the month to cover the salaries of our journalists. Without taking a dime from the feds, we rely on our readers. Can you help?