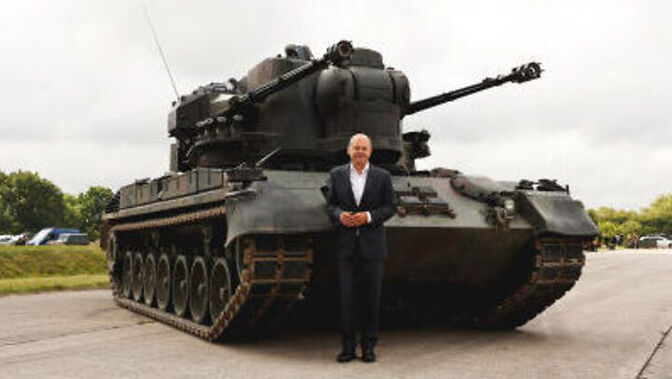 The German Army needs to become the best equipped force in Europe. This was German Chancellor Olaf Scholz’s plea at a two-day conference of the German armed forces on September 15–16, titled “The Bundeswehr in a New Era—Taking Critical Stock at a Time of War in Europe.” “As the most populous country with the greatest economic power and as a country in the middle of the Continent, our army must become the cornerstone of conventional defense in Europe: the best-equipped force in Europe,” he said. Though it is easy to brush aside the abundance of rhetoric coming out of Germany right now, it is paramount we understand its goals.

While there is much talk about standing in solidarity with the North Atlantic Treaty Organization and the European Union, Germany is increasingly focusing on its own armed forces. France has also pledged to increase its military defense, but Germany pledges to become the biggest military contributor in the EU. Germany wants to lead.

Scholz’s speech comes on the heels of remarks by Defense Minister Christine Lambrecht on September 12: “Germany’s size, its geographical situation, its economic power—in short, its clout—makes us a leading power whether or not we want to be one. Militarily as well.”

This isn’t about being able to fend off a Russian attack. This is about Germany seeking to establish an indisputable leadership role. Economically and diplomatically, Germany already leads Europe, but its military leadership is still disputed. This is now changing—first in rhetoric, soon in deeds.