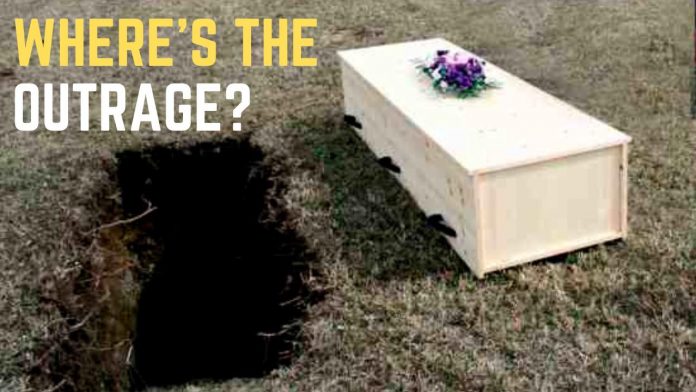 According to the latest official data, ‘excess deaths’ are skyrocketing worldwide.
Whether its New Zealand, Australia, Germany, Netherlands, Scotland or United Kingdom, “excess deaths” in 2022 are between 10 to 20 percent and heading northwards.
Australia boasts one of the worst “excess deaths” rate in the world at 16.6 percent above the national average.

Just for context, actuaries allow 2 to 3 percent variation for deaths in any given year, so an increase of 16.6 percent is staggering..The UK’s Office of National Statistics recently showed there were 12,333 deaths for the week ending 26 August 2022 – an increase of 15.4 percent.

Alberta, Canada, reports the leading cause of death for 2022 in Alberta, is not cancer or dementia, but “unknown causes”.

Professor Carl Heneghan, Director of the Centre for Evidence Based Medicine at Oxford University compared the excess death rate from April to August 2022, with the seven-year average revealing a substantial increase in ‘excess deaths’ everywhere.
His figures also show an astounding 28 percent increase in the number of people dying “at home” in England and Wales.

The Professor is calling for a thorough investigation to be carried out on all these deaths:
“The signals in the data suggest something is not right” he said.

“Sustained rises in deaths should trigger an investigation”. This should involve “accessing the raw data on death certificates, medical notes and analysing autopsy reports”.

“I feel there is a lack of clear thinking at the moment but, when it comes to people’s health and well-being, you can’t wait – it’s unacceptable”.

“We really have to get to the bottom of this” he said.

“It’s an international scandal. There are very high death rates around the world and people need to know what’s going on. At the moment we’re not getting the full information we need.”

It doesn’t matter where you look or which expert you listen to, one thing is certain – a lot more people than normal are dying.

And here’s the thing. It’s across every age group.

People in the prime of their lives are dying at unprecedented rates.

Most shocking of all, however, is that nobody in government or the mainstream media seems the least bit interested in finding out why.