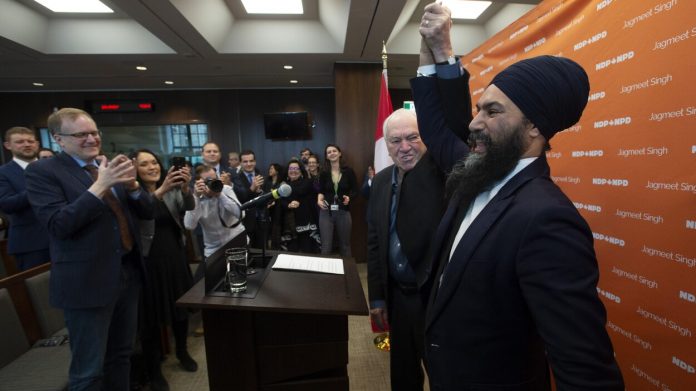 The House of Commons in Ottawa houses 338 members of Parliament. The ruling Liberals control 158 seats, with 119 for the official opposition Conservative Party. The New Democratic Party control a total of 25 seats.

On this basis, how many common sense Canadians believe it fair and reasonable that Jagmeet Singh’s NDP hold the key to which party forms our federal government?

According to establishment media, the structure is as right as rain. Nothing unusual can be found in the fact that a third place party holds the key to what is logically perceived as Justin Trudeau’s attempt to establish a Liberal Dictatorship.

A lack of condemnation from CBC, Toronto Star, and other legacy media outlets is to be expected. In 2022, media are working exclusively for the Liberal-NDP Coalition Government.

“I know the Conservatives will want to try to dress up in blue collar, but they have really always been on the side of big, wealthy corporations.”