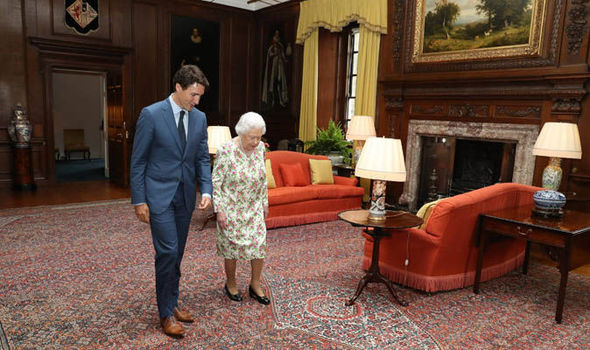 Upon the death of the Monarch, Justin Trudeau delivers a fresh round of crocodile tears and woke hypocrisy.

“I will miss her so. She was one of my favourite people in the world,” Prime Trudeau stated upon hearing of the death of Queen Elizabeth II.

Let us come to terms with this statement. For just under seven-years in office, PM Trudeau has railed against the colonial founding of Canada. For an equal amount of time, the PM has run down Anglophone and European-derived Canadians as racists and xenophobes.

For nearly 70 years, Queen Elizabeth stood as a figurehead of a nation PM Trudeau holds responsible for stealing our soil from Indigenous Canadians. Because Trudeau is Quebecois, he makes not a single reference to the French settler element of colonialism.

Now, upon the death of the Monarch, Trudeau delivers a fresh round of crocodile tears and hypocritical behaviour.

CAP want to understand. Within the Trudeau-family word view– one of affection for Chinese communism and Middle Eastern theocracies, why would our prime minister maintain authentic concern and caring for Queen Elizabeth?