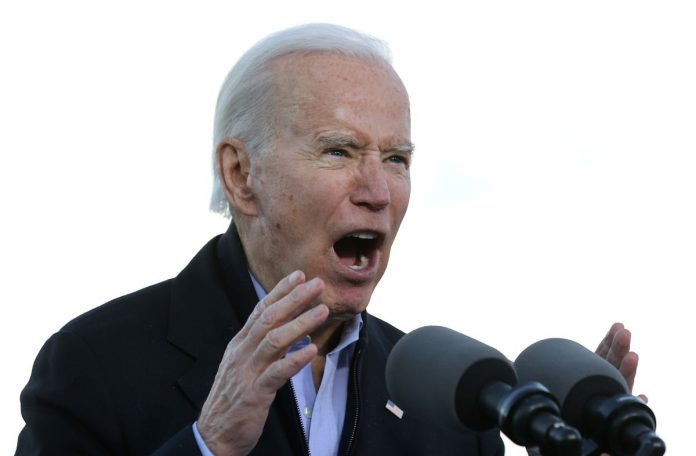 Plus: Breaking Pandemics to Pieces and How That Leads to Decentralization of Power and Well-Being; plus, Your Friendly Step-by-step Guide on How to Conduct a “Virus, No-virus” Science Debate Properly

For those of you haven’t yet subscribed to my substack, kick in a few bucks and listen to the new podcast. Subscribing for a whole year is $60, which is about the cost of three soggy inflated Biden pancakes with fake whipped cream and a cup of coffee at an outdoor café in a big city.

How effective was it? What were his handlers and writers trying to do? Did they succeed?

I’ve been writing about how bully pulpits can be used by real leaders. How they can connect with millions of people and turn around this destructive culture.

So I’ll examine what Biden did, by contrast, using tactics designed to perpetuate and expand the destructive culture. His speech was a major move on the political chess board.

Know your opponent. Know his tricks of language.

These speeches are planned like tourist boat rides along rivers. What do you want the customers to see first on the shore? What should their first impression be? If you hook them with that, what’s next?

Professionals make these decisions. They may be crazy, but they aren’t stupid.

I’ll examine how the pros handled their work last Thursday. And what their next moves might be.

There are parallels to the “mood” created in 1995, prior to the Oklahoma City Bombing. I investigated and wrote about that event/operation at the time.

I’ve also been writing about decentralization these days:

Taking the power which top-down government has stolen from the people and putting it back with the people.

An exceptionally clear illustration of this process can be seen in so-called pandemics.

I’m going to talk about that in this week’s podcast:

I’ll lay out their basic shape—which is INVENTED as a medical propaganda construct—and then take apart that construct like a prefabricated house. And lay the pieces on the ground so we can look at each piece.

This fact has tremendous implications for individual illness, which is really the decentralized reality, and has nothing to do with the medical construct.

The power to produce fear, to run tests, to diagnose, to prescribe, to treat, to enforce restrictions—all that is centralized power at the top.

The power to understand and to heal—is decentralized at the level of the individual.

And the healing is not the same for every individual.

I’ll discuss THAT as well.

And finally, I’ll expand my position on how a real debate about the existence of the COVID virus, SARS-CoV-2, should be conducted, since actual science is the goal.

As opposed to a beauty pageant on video.

The more I’ve thought about the form of the debate, the more I see how it can draw in MANY people, create major interest, and wake people up to their own rational capacities—never a bad thing.

When you engage people with a real investigation, they often prove themselves to be far more capable than imagined. That’s a very good thing.

Lots to look at and analyze this week.