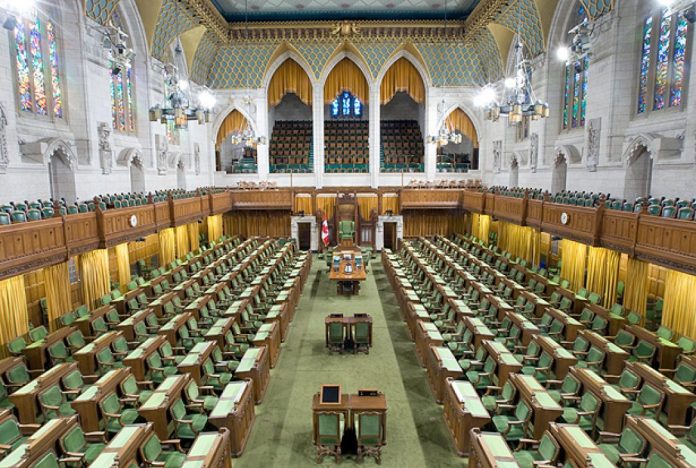 This is what BC gets … when not a single British Columbia Member of Parliament … of ANY party … (or the BC media) speak up and stand up for BC when House of Commons seats are re-distributed!

BC gets screwed! And we will be screwed again in the next House of Commons … FAILING to get our FAIR SHARE of seats in Canada’s elected Parliament, based on population.

“Despite millions of new Canadians packing into Central and Western Canada over the last 10 years, those regions will be receiving virtually no extra MPs under a proposed Elections Canada redistribution plan,” National Post columnist Tristin Hopper noted Sept. 1st.

“Ontario has gained 1.4 million new people since the last redistribution was completed in 2012. For this, the province is slated to receive just a single new MP. B.C. gained 800,000 people since 2012. It, too, will be receiving just one more MP,” she explained.

The National Post too conservative for you to have full credibility?

Well, read this Aug. 25 analysis from reporter Aaron Wherry, “who has covered Parliament Hill since 2007 and has written for Maclean’s, the National Post and the Globe and Mail”, says the CBC (which I view as the unofficial voice of the NDP):

“Currently, voters in Ontario, British Columbia and Alberta are slightly underrepresented in the House of Commons, while all other provinces are slightly over-represented.”

The bottom line is BC is STILL not getting its FAIR SHARE of House of Commons seats!

Because the FIX IS IN!!

Canada’s Chief Electoral Officer supervises the work of supposedly “independent” electoral boundary commissions who draw proposed maps and riding allocations, based on population numbers in the preceding census … in this case, done in 2021.

“Each three-person commission is chaired by a judge who is selected by the Chief Justice of the province. The Speaker of the House of Commons appoints the other two members,” Wherry explained.

BUT there’s more to than that … a LOT more, that hampers, handicaps and then handcuffs and the whole process.

First, a special clause on the Canadian Constitution GUARANTEES each province that “its number of seats in the House of Commons can never be lower than the number of seats it holds in the Senate“, Hopper explained.

That gives New Brunswick three EXTRA seats; PEI two; and, both Nova Scotia and Newfoundland one EXTRA MP each.

And that favoritism is dwarfed by another “FIX”.

“The “grandfather clause” — first introduced in 1985 — holds that a province can never lose MPs. No matter how big the country gets — and no matter how much outmigration a province experiences — the clause ensures that a province will always retain at least the same number of seats it held in the last election,” Hopper noted.

That gives Nova Scotia and Newfoundland another EXTRA seat each; Manitoba two; Saskatchewan four; and Quebec seven extra seats … not matter how much their population decreases or how much their proportional share of the total Canadian population shrinks!

And getting LESS representation than they should, if the system was fair and equal: Ontario, Alberta and BC.

Surely, there is something intrinsically wrong when the provinces that consistently have engendered the greatest part of Canada’s GNP/revenues/wealth are given LESS political representation in Ottawa, while those provinces that have consistently been “on the take” (Equalization payments etc.) are rewarded with EXTRA political representation and, thus, EXTRA power and influence.

Read it and weep: https://en.wikipedia.org/wiki/Equalization_payments_in_Canada.

So why don’t BC MPs … from EVERY party …scream like hell?

Because they are sellouts to their parties’ Eastern/Central Canada interests: silent in the belief that the path to power (forget about ethics, principle and fairness) lies in Ontario’s 122 seats and the 78 in Quebec, plus the plumped up 30 seats in the Maritimes … not by fighting for BC to get its fair share.

And they get away with it because, once more, BC’s largely Eastern-controlled media remain complacent, co-opted and therefore complicit.