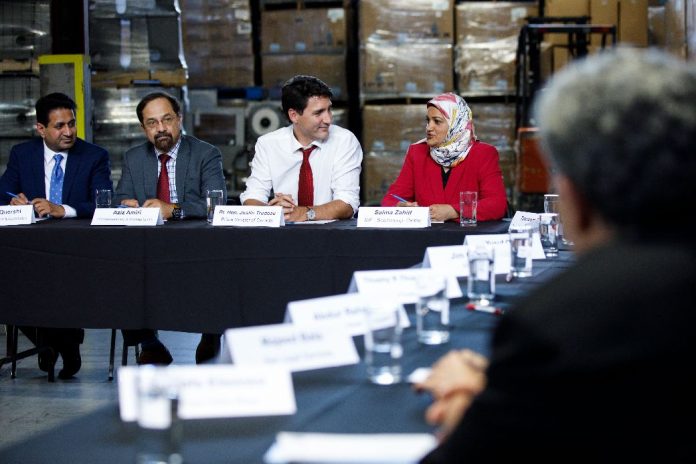 From Laith Marouf’s Linkedin Profile: “Disrupting Settler Colonialism and Oppression in the Media since 1999.” And Liberals knew nothing about this?

Much consternation has appeared recently in Canadian media regarding our Liberal government’s hiring of a virulent racist as an “anti-racism” consultant.

As Canadian journalist Rex Murphy pointed out in the National Post this week, government response to the incident has been “dim, slow, reluctant and parsed.”

No thinking Canadian should be surprised. In Prime Minister Justin Trudeau’s post-modern nation, protectionism is applied for specific segments of society. Others continue to function as a battering ram for social conflict.

The result is an establishment of a hierarchy of identifiable communities within Trudeau’s “no core identity” Canada. Insightful citizens know what this means. A nation devoid of a core identity will have its previous core replaced by another.

Justin Trudeau wants this very, very badly. So much that for the past six-plus years, our PM has worked to establish Canada’s post-modern social structure. At the top of the heap are our rapid-growth communities: Muslims, Sikhs as well as various African, Asian and Middle Eastern peoples.

These are the ones Trudeau cares about. The Feds understand that new arrivals vote for the party in power at the time of entry to the country. They are also aware that migrant families out-birth locals by a longshot. All of it leading to a penultimate goal.