This article summarizes evidence from experimental studies and from autopsies of patients deceased after vaccination. The collective findings demonstrate that

We note that the damage mechanism is which emerges from the autopsy studies is not limited to COVID-19 vaccines only but is completely general—it must be expected to occur similarly with mRNA vaccines against any and all infectious pathogens. This technology has failed and must be abandoned.

While clinical case reports (e.g. [1,2]) and statistical analyses of accumulated adverse event reports (e.g. [3,4]) provide valuable evidence of damage induced by mRNA-based COVID-19 vaccines, it is important to establish a causal relationship in individual cases. Pathology remains the gold standard for proof of disease causation. This short paper will discuss some key findings on autopsy materials from patients who died within days to several months after vaccination. For context, some experimental studies are briefly discussed as well.

1. Most of the evidence presented here is from the work of pathologist Prof. Arne Burkhardt, MD 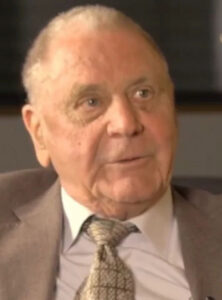 Prof. Burkhardt is a very experienced pathologist from Reutlingen, Germany. With the help of his colleague Prof. Walter Lang, he has studied numerous cases of death which occurred within days to several months after vaccination. In each of these cases, the cause of death had been certified as “natural” or “unknown.” Burkhardt became involved only because the bereaved families doubted these verdicts and sought a second opinion. It is remarkable, therefore, that Burkhardt found not just a few but the majority of these deaths to be due to vaccination.

2. Pfizer’s own animal experiments show that the vaccine quickly distributes throughout the body 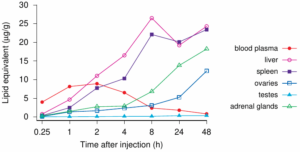 In order to cause potentially lethal damage, the mRNA vaccines must first distribute from the injection site to other organs. That such distribution occurs is apparent from animal experiments reported by Pfizer to Japanese authorities with its application for vaccine approval in that country [5]. Rats were injected intramuscularly with a radioactively labelled model mRNA vaccine, and the movement of the radiolabel first into the bloodstream and subsequently into various organs was followed for up to 48 hours.