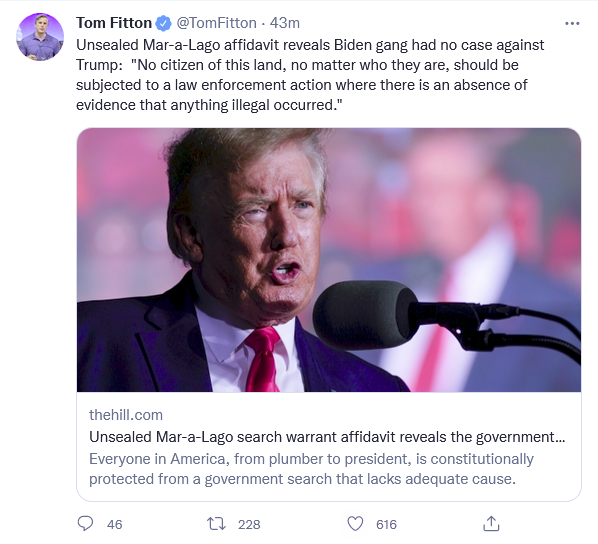 When two dozen or more FBI agents searched former President Trump’s residence three weeks ago, most Americans initially were left wondering what in the world must Trump have done. After all, a prodigious FBI search logically indicates an equally prodigious violation of some federal statute; therefore, it must be really serious. One former Department of Justice (DOJ) official told Politico that the evidence sought “was likely so pulverizing in its force” that it would “eviscerate” the possibility of the optics for such an invasive law enforcement action not being good.

Everyone in America, from plumber to president, is constitutionally protected from a government search that lacks adequate cause.
Read More HERE