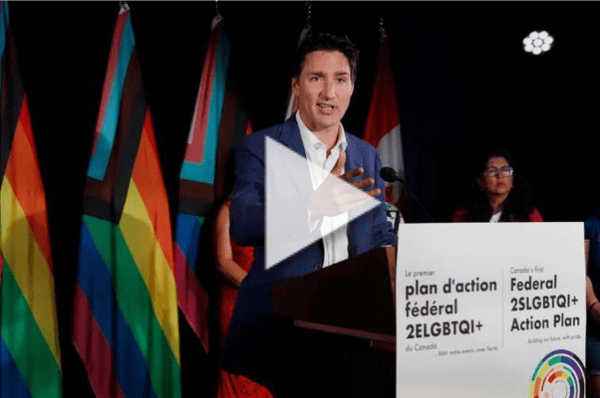 75 per cent of the funding will go toward community organizations

The federal government unveiled what it described as a historic first on Sunday as it announced a five-year, $100 million plan to support LGBTQ, two-spirit and intersex communities across the country.

Prime Minister Justin Trudeau unveiled the strategy, dubbed “Canada’s first Federal 2SLGBTQI+ Action Plan,” at a news conference on Sunday ahead of the pride parade in Ottawa — the first in-person march after a two-year hiatus due to COVID-19.

Trudeau touted the plan as the first such federal initiative of its kind and said it demonstrates the government’s commitment to fighting discrimination and supporting diversity.