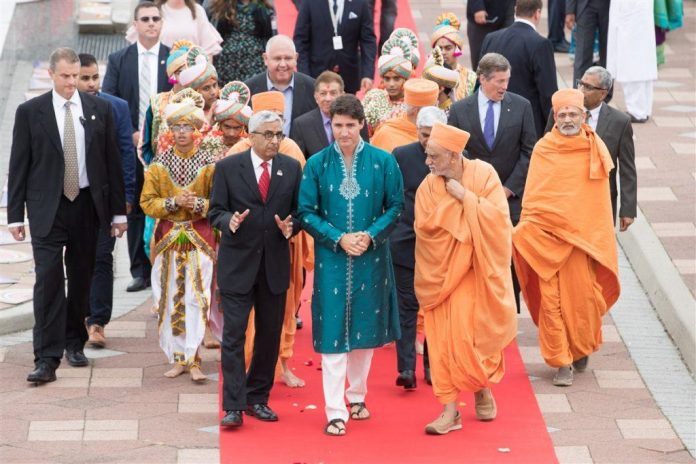 To make a group of people disagree and fight with one another so that they will not join together against one–  “His military strategy is to divide and conquer.”

Once a fundamental strategy for military conquest, the phenomenon takes on a post-modern meaning when applied to Prime Minister Justin Trudeau’s Canada. Military conquest is just so “2014.”

Upon election in 2015,  Justin Trudeau rendered the concept archaic. It has since been replaced with “social strategy”– divide community from community, and Canada is yours for the taking. Thus, a pre-conceived plan of social division was unfurled.

For the purpose of controlling society, Justin Trudeau knowingly and with intent began to divide Canadians from each other. His apparatus arrived in the form of identifiable community inclusion and exclusion.

“New Arrival” Canada transitioned to the apple of government’s eye. A number of reasons exist for the transformation:

“To know your future you must know your past” said philosopher George Santayana. The Liberal government’s preferred citizen class do not know Canada’s past. Therefore, they lack an ability to recognize where our country is headed in the future.

“Perfect,” murmur sycophants praying at the temple of Trudeau. “This way, millions of incoming Canadians cannot recognize our transition to an authoritarian state.”

Additional brownie points are awarded for a secondary quality– most of our modern wave of immigrants arrive from non-democratic or pseudo-democratic countries.