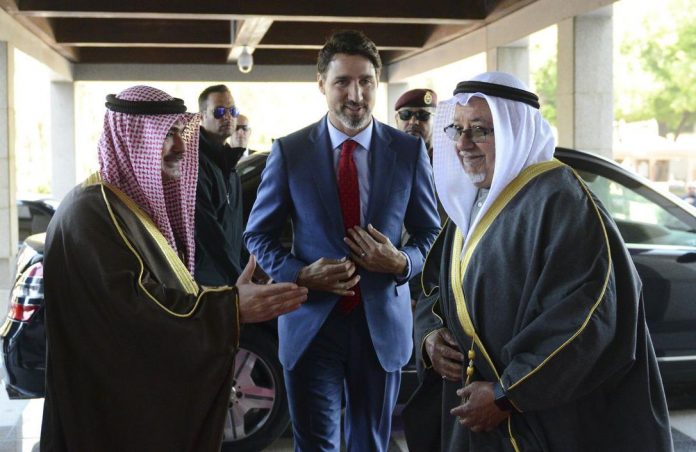 Anthony Fenton is a journalist and researcher, and a PhD candidate at York University. An article written by him and published in July 2022 makes the following claim:

“The Canadian government is buying two aircraft for a fleet used by the prime minister from a company controlled by notorious Saudi crown prince Mohammed bin Salman.”

As published by The Breach, the deal, worth $133 million and made public last week without disclosure of Saudi Arabian ties, is the “latest sign of a stealthy normalization of relations between Ottawa and the Middle Eastern regime.”

Without disclosure, indeed. Cultural Action Party can see why. If the general public in Canada caught on to the development, what would they think about Justin Trudeau’s purchase of Saudi planes from billionaire Prince Mohammed bin Salman.”

CAP present the mild version: the citizenship of Canada would be “unimpressed.” Trudeau already prefers Saudi oil over and above Canadian oil. Now it turns out he will be filling his Saudi-made luxury aircraft with Saudi oil.

Good thing for him Canadians know nothing about the development. With media in his pocket, Mr. Trudeau can continue to deceive Canadians with his political alignment with Saudi Arabia. His personal dedication to the Nation of Islam will continue to be sublimated.

How perfect for him. This way, the Liberal Party of Canada and their affiliations with theocratic Islamic nations will go undetected. This, in turn, means the Liberals stand a chance of being re-elected for a fourth term. How sweet it is.