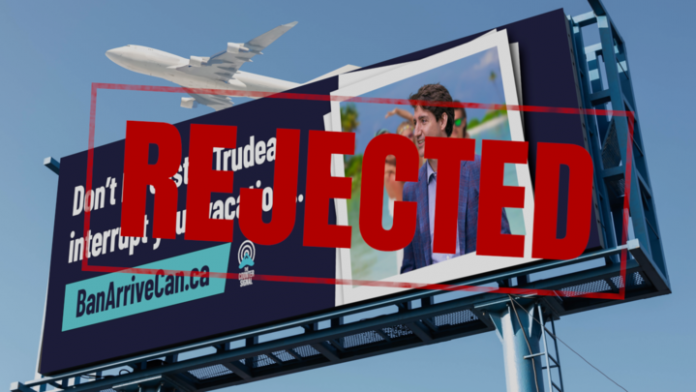 Our billboard application has been rejected by the airport authority.

The leaseholder in charge of advertising at federally-owned airports has told The Counter Signal that our proposed “Ban ArriveCan” billboard has been categorically rejected.

“I was categorically told that the airport authority would actually be offended because it does come under the federal government,” the advertising agency said.

Although federal institutions have a constitutional obligation to respect Section 2 of the Charter of Rights and Freedoms, they don’t seem to care in this case.

The Counter Signal is reviewing its legal options and alternative ways to share the BanArriveCan.ca message, and will keep you posted of any developments.
Keep fighting for what is right,