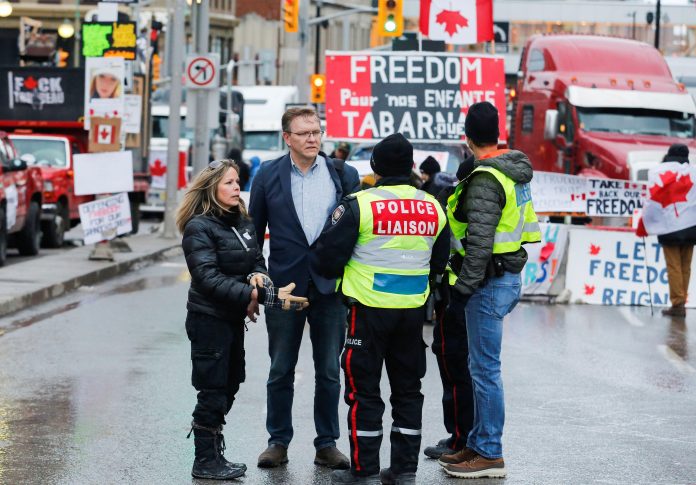 My new book The Freedom Convoy: The Inside Story of Three Weeks that Shook the World has taken the #1 spot on the Toronto Star and Globe and Mail bestsellers list for the fifth week in a row. Thank you to all of you who’ve made this happen. It’s truly appreciated. If you want to see what all the fuss is about, you can order your copy here.

Closed-door negotiations between Freedom Convoy organizers and City of Ottawa representatives were bearing fruit by the time the Emergencies Act was invoked. The talks between former army captain Tom Marazzo and City of Ottawa manager Steve Kanellakos, along with convoy lawyers and several Ottawa and Ontario Provincial Police officers were significant and productive.

Both sides agreed to a three-day plan to move all the trucks in Ottawa onto Wellington St. – clearing side streets and residential areas – with the trucks that couldn’t fit heading out of town. This was a big operation, and a sign that convoy organizers were eager to minimize disruption to Ottawa residents and that the City of Ottawa was prepared to allow the legal protest to continue so long as its presence was limited to where federal buildings were.

While knowledge of the talks was kept to a small group, it was safe to assume Justin Trudeau had to have been briefed on them, certainly when his government was canvassing police agencies hoping they’d ask him to invoke the Emergencies Act (which none of them did).

My theory was that Trudeau was hellbent on invoking the Emergencies Act and knew his window was closing.