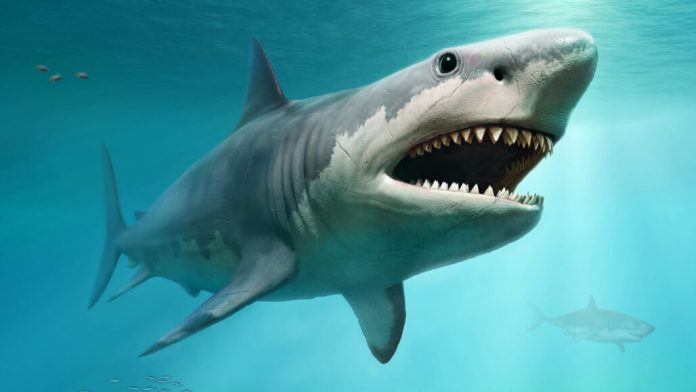 I was too busy growing my scorpions, and omitted reporting on it

For NoMoreFakeNews Readers who haven’t yet visited my substack page, here’s a sample of what I’m doing over there. What follows below is the Lite version. At substack, every day, I’m DESTROYING REALITY—the reality nobody wants, except for the demented ones.

It’s my self-appointed task, and frankly, nobody does it better. I take the odd jobs. And I go all in.

—Several TV channels, back there in the mists of time—July—went wall to wall with shark shows and promos.

I have a theory. Scientists have found a way to pipe those shows to sharks around the world, and then the big fish swim close to shore and attack swimmers. Some of those sharks have Swiss bank accounts, and they pocket fees from media networks.

Also, just like the word “recession,” “great white shark” is being redefined. They can be much smaller than the beast in Jaws. So there are many more of them (for TV). I have to take a look at my tabletop aquarium. I may have a few buzzing around in there.

The shark shows feature lots of boat crews. These crazy guys drop fish in the water to attract sharks in order to film them. The guys go underwater in metal cages and wait for the monsters to bang against the bars. The guys fly in helicopters above shore lines and look down and speculate about why the sharks are coming ever closer to beaches:

I watched a show that ran footage of hundreds of fins poking up above the waterline close to a beach. I suspect those fins were plastic forgeries. Especially since the show’s host was doing his stand-up about 20 feet into the water.

You could take this out to: Are most people willing to sacrifice humans for the sake of the environment, even if it means massive depopulation?

I know people who would choose the environment in a second.

Maybe this is behind all those shark shows: Nature is coming to get us, and we should let it.

It has a certain appeal, especially for people who’ve given up on the human race. They’re like the fish who swim along quietly with sharks, eating the big beasts’ leftovers.

Would you die to save one giant redwood?

Lots of people say they would. I wonder what they’d do if they had to die in the water by great white attack.

I actually believe it’s possible for individual humans to rise to a level where they can make friends with the wildest of beasts. But short of that, a long slithering crocodile coming out of a river can take off a leg and a crotch before you can punch in 911 on your cell.

Generally speaking, I’m not a worshipful fan of Nature. For instance, take the rainforest, which I rightly call the jungle. I know that when you get down in there and you’re fighting your way through the undergrowth, you encounter an astonishing variety of life. But viewed from the air, as you’re flying over it, you see it marching all the way out to the horizon. There’s a paralyzing SAMENESS to it, as if one football-field-sized chunk has been exactly replicated, over and over and over. As if Nature said, “Ah, the hell with it, you get the idea. I’m just going to copy that original piece a million times and lay each piece next to another and multiply the whole ‘army’ on and on until you humans do something with it…”

Humans eventually obliged. Indeed, they did some crazy shit with it. But the basic notion of intervention made sense. Otherwise, we’d still be living in a whole world of nothing but jungle.

Many people SAY they want that. They’re all cuddly with the idea. But if you dropped them down into the middle of a dense patch, with the prospect of living out a whole life of 60 years or so there without let up, I think you’d have lots of conscientious objectors.

I’d put up one of the great Rembrandt self-portraits against a giant redwood any day of the week.

And one of those blunt tropical trees that spreads out horizontally in all directions with twisted roots above the ground? Versus, say, the Chrysler Building in New York? I’ll take the Chrysler.

I’ll go all in with the Brooklyn Bridge against any square mile of jungle anywhere in the world.

Now if it was a choice between a fantastic black leopard picking his way through foliage in Southeast Asia, and, say, the entire corner of 8th St. and Sixth Avenue in Manhattan, I’m taking the leopard.

Great white shark, or the crazy TV guys in the boat filming the beast? Theoretically, it might be a draw. But I do have species-biased loyalties. I’ll pick the guys. As long as I don’t have to sit in a bar and listen to their stories.

A koala bear in a tree or Klaus Schwab? The cute koala, hands down.

Which would I prefer? Great white ate Bill Gates, or Bill Gates ate the great white? See, I think Bill DID eat the great white. That’s why he’s the way he is. So turnabout is fair play. Maybe next year, we’ll see that turnabout explode on screens during shark week. The ratings would go through the roof. Both sides would pause the war in the Ukraine and watch.

This is my problem with television. The networks know very well how to send their numbers soaring. But they back off.

My production team has put in a proposal to Sea World in San Diego. Capture a great white. A really huge one, not a renamed barracuda. A slathering monster. Dump it in a giant pool at Sea World. Keep it there. Have staff members feed it a few hundred pounds of meat from the ends of poles every day. (This is all broadcast to a global audience 24/7 without let up.) Train this shark to sit up and beg for food, bob for apples, turn somersaults. The works.

Finally, the beast is domesticated.

A trainer can ride it around the pool. He can pet its mouth and clean its teeth. He can administer castration drugs without objection. What a show.

And then one day…just like humans who have been subjected to endless mind control reeducation…the shark blows his top. He shakes off all his programming.

My production team has scripts prepared for that day. We have a voice-over narrator who will explain to the viewing audience—as the shark is wreaking havoc in the bloody pool and leaping out into the stands where the onlookers are sitting paralyzed, waiting to be munched—the narrator will describe the way mind control works and what happens when it reaches a limit.

The narrator will explain why a society based on individual freedom with responsibility, as opposed to State tyranny, avoids such a horrific outcome.

It’s an object lesson in, let’s call it social studies.

I think it’ll have a beneficial impact.

For example, people might rethink the recent Los Angeles arrest of two traffickers who possessed 150,000 fentanyl pills, capable of killing several million people. After charging the duo, the DA released the traffickers on their own recognizance.

The public’s PASSIVE ACCEPTANCE of such an outrageous prosecutorial action surely speaks to the influence of mind control and entrainment and programming.

Or to put it another way—individuals fear what the State would do to them if they put aside their fear.

Shark week brings up many interesting thoughts. That’s why it’s so majestic.

Don’t forget to visit my substack page. Jaws are opening and closing there every day.