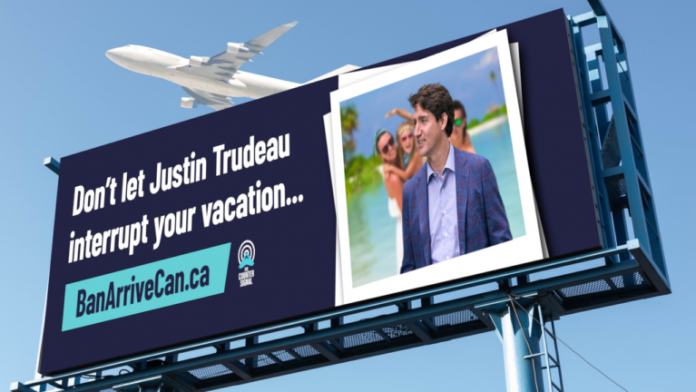 It is time to take a stand against Trudeau’s authoritarian government and put an end to his invasive and cumbersome app that is causing delays at every single airport across the country.

Even the Privacy Commissioner and the mainstream media are now questioning the legality of the app.

That’s why we are going to get a billboard at one of Canada’s busiest airports to tell Trudeau that enough is enough.

While he takes private RCAF jets to lounge on Costa Rican beaches, so many Canadian families are left stranded at airports run by his government.

Go to BanArriveCan.ca to help us buy the billboard calling for the app to be banned, and while you are there, sign our petition to call upon the government to remove the app.
Keep fighting for what is right,

P.S. Help us pay for the billboard at BanArriveCan.ca to bring as much attention as possible to this worthy cause.