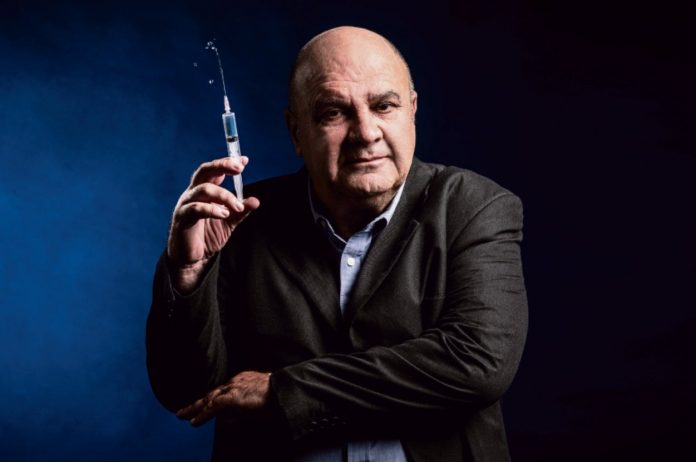 Prof. Shmuel Shapira MD MPH (Col.), who served as Director of the Israel Institute for Biological Research between 2013 and 2021, suggested that the monkeypox outbreak was connected to mRNA vaccines.

Professor Shmuel Shapira, M.D., MPH, served as the Director General of the Israel Institute for Biological Research (IIBR) between 2013 and 2021, where he led Israel’s effort to develop a coronavirus vaccine.

Prof. Shapira is also the founder and head of the Department of Military Medicine of the Hebrew University Faculty of Medicine and IDF Medical Corps. He is a Senior Research Fellow at the International Institute for Counter-Terrorism (ICT) at Reichman University in Israel.

Shapira previously served as Deputy Director General of the Hadassah Medical Organization and as the Director of the Hebrew University Hadassah School of Public Health. He is a Full Colonel (Res.) in the Israel Defense Forces (IDF) and served as the IDF Head of Trauma Branch.

He has published more than 110 peer-reviewed scientific articles and is the editor of Essentials of Terror Medicine, Best Practice for Medical Management of Terror Incidents, and Medical Response to Terror Threats.

Last week, Twitter censored Prof. Shapira—who was “physically injured” after his third Pfizer vaccine—and forced him to remove a post which said: “Monkey pox cases were rare for years. During the last years a single case was documented in Israel. It is well established the mRNA vaccines affect the natural immune system. A monkey pox outbreak following massive covid vaccination: *Is not a coincidence.”