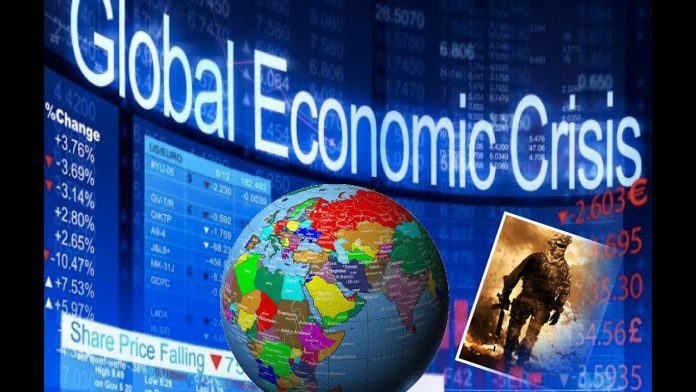 A Financial Meltdown is Coming

The purpose of this website is to shed light on important issues not covered in the mainstream media. Initially I focused on the COVID pandemic. Lately I’ve also been trying to provide an alternative viewpoint on the war in Ukraine.

Today I’d like to discuss another issue the mainstream media has been loathe to cover: the coming global economic meltdown.

To start, I think it’s important to recognize that the most important warning signs are not always what one might expect.

Remember that terrible tsunami that killed tens of thousands of people in Thailand back in 2004?

The first indication that anything was wrong was that the ocean receded hundreds of feet from the beaches of Bali, leaving fish flopping about in shallow pools. Curious beachgoers walked down to the new water’s edge, only to be swept away minutes later. Though it seems counterintuitive, the sudden drop in ocean levels was an indication that a tsunami was on the way.

Currently the US dollar is stronger than it has been in many years. Many of the talking heads you will see on American business channels try to present that as an indicator of strength and resilience in the US economy.

In fact, a rapidly rising American dollar is a symptom of immense stresses in the global economy.

It is important to understand why the dollar has risen in value so fast.

Governments across Europe are deeply in debt. So deeply in debt that they would be in dire straits if they had to pay market rates of interest on their debts. So Governments in Europe have worked very hard to keep interest rates on European government bonds near or below zero.

Japan’s Government debts are even higher. The Government of Japan has brought up vast amounts of Japanese Government Bonds to try to keep the interest rates on those debts below zero.

The American Government is also deeply in debt. For a long time, the US Government tried to keep the interest rates on US Government Bonds low by buying up massive amounts of them. Once the US Federal Reserve had bought up ten trillion dollars of US Government debt, they stopped such purchases, afraid that the world might lose confidence in the US dollar if they bought any more.

Without the US Government actively intervening to suppress interest rates, interest rates on US bonds began to rise. They are now roughly 3 percent per year on most durations.

Rising interest rates on US Government Bonds made them attractive to investors in Europe and Japan. Those investors sold Euros or Yen and bought American bonds, causing the value of the dollar to rise and the value of the Euro and the yen to fall.

The more the dollar rose in value versus the Euro and the Yen, the more attractive it became for European and Japanese investors to convert their investments to dollars.

The Euro has lost about an eighth of its value versus the dollar over the last six months. In other words, if a European investor had converted their savings to dollars six months ago, they would have 12 percent more Euros if they converted those US dollars back to Euros today. That’s a fabulous rate of return – on top of the fact that American bonds pay a much higher rate of interest.

The yen has lost about a sixth of its value in the past six months, meaning Japanese investors who converted yen investments to dollars back in January have found it to be extremely lucrative in terms of earnings in yen.

It’s become a self-reinforcing cycle at this point; the more the dollar goes up, the more investors around the globe pile into the dollar.

The soaring value of the US dollar has been devastating for developing countries, most of whom have borrowed money in US dollars.

The value of the Ukrainian Hryvnia has fallen by 80 percent versus the US dollar in recent times, so Ukraine’s Government must now raise five times as many Hryvnia to pay its dollar debts.

Its a given that Sri Lanka will default on its Government debts. It seems likely Panama will too. Both of these countries are small enough that the global economy can probably absorb those shocks.

But what if a mid-sized country like Turkey or Pakistan goes into default? Then the ramifications will be much larger, especially if it turns out that American or European banks hold large amounts of that country’s debt among their foreign investment portfolio. In such a situation a contagion of panic will result, as investors try desperately to flee to safety without knowing which investments are actually safe. All hell will break loose.

The last time the US dollar was as high as it now was way back in 1998, just before the collapse of a little-known company called Long-Term Capital Management plunged the world into a huge financial crisis, a crisis from which it has never fully recovered.

I don’t know what the trigger will be this time. I do know the immense peturbations currently taking place in global currency markets are not going to end well. Something will break.

The world economy is drowning in debt – something on the order of 300 trillion dollars worth. Most of the world is already battling high inflation, and suffering from supply chain issues. If the US, Europe, and Japan are not already in recession, they will be soon. Thirty trillion dollars have disappeared from global stock and bond markets so far this year. All of which leads me to think the global economy will not cope well when that something breaks.

Buckle up. It could be a wild ride.