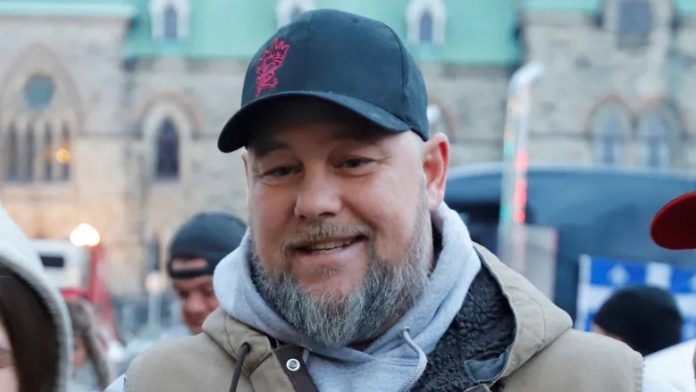 The Monday morning decision by an Ottawa judge comes following a two-day bail review hearing last week. Per the request of King’s lawyer, there is a publication ban on the evidence and reasons for the decision.

Pat King, a prominent figure throughout Ottawa’s Freedom Convoy protests, has been granted bail after spending five months in jail.

He has been ordered to vacate Ottawa and return to his home province of Alberta as soon as possible.

Sheila Gunn Reid
@SheilaGunnReid
BREAKING: King is being released on bail and sent back to Alberta. 25k in bail, no contact with other organizers, multiple sureties, no social media, no participation in anti-govt protests, a 10pm-6 am curfew.

King’s bail conditions stipulate he must reside with a surety in Alberta, is prohibited from using social media, and cannot have contact with other Freedom Convoy organizers.