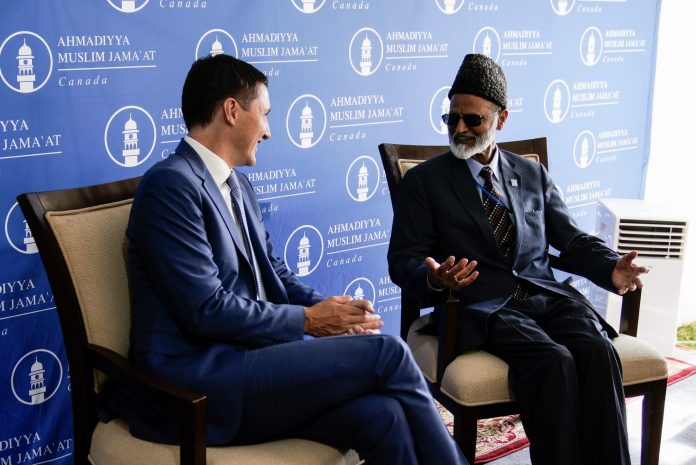 “The primary purpose of this convention is that every sincere member of Jama`at may derive religious benefits and at the same time acquire more knowledge and advance in God realization.”

According to Lal Khan Malik, President of the Ahmadiyya Muslim Jama’at, the Islamic organization purchased the property to use as the venue for their annual conference in Bradford, Ontario.The 44th Jalsa Salana Canada saw thousands from across the country and around the world arrive in Bradford for the three-day event (July 15-17).

They must be thrilled to bits this year, as none other than Prime Minister Justin Trudeau appeared as keynote speaker. Mr. Trudeau, the western world’s leading advocate for the Islamic faith, offered up his typical platitudes toward Canada’s Muslim community.

“An attack on Muslim Canadians is an attack on all Canadians. We have to continually step up and do more as a country.”

Never does our PM vary in rhetoric regarding the Nation of Islam. At the core of Trudeau’s messaging is an element of the insatiable. “We must do more, it’s not good enough, there’s more work to do.” One has to wonder if there can ever be enough done for Trudeau’s preferred class of 3rd World communities.

Trudeau’s look is severe as he delivers his address. Speaking to the Muslim community offers a rare instance when the PM abandons smugness to display what for him is an attempt at humility.