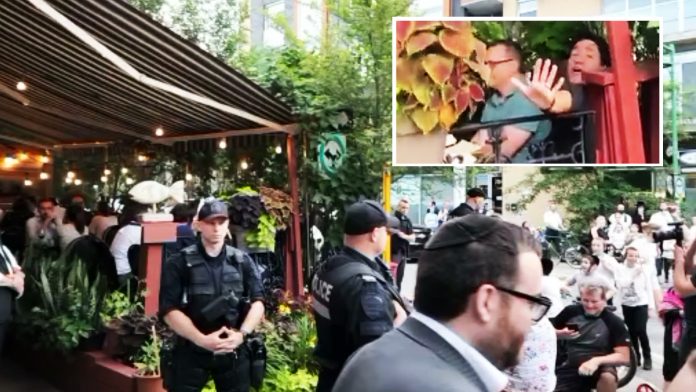 The prime minister was questioned in Outremont over his use of the Emergencies Act which squashed the peaceful Truckers for Freedom Convoy after returning from a short visit from a ‘crowd of fans’ at the Stampede in Calgary.

Justin Trudeau, after attending several photo ops in Quebec, has been found at a restaurant in the residential borough of Outremont, a predominated Jewish neighborhood.

Rebel News’ Quebec-based reporter, Alexa Lavoie, was on the scene and began to document the crowd of protesters who began to ask questions of Trudeau.

Lavoie asks Trudeau from the sidewalk in French:

“Mr. Trudeau, what other agreement, besides the Known Travellers Digital Identity, have you signed with the World Economic Forum?”