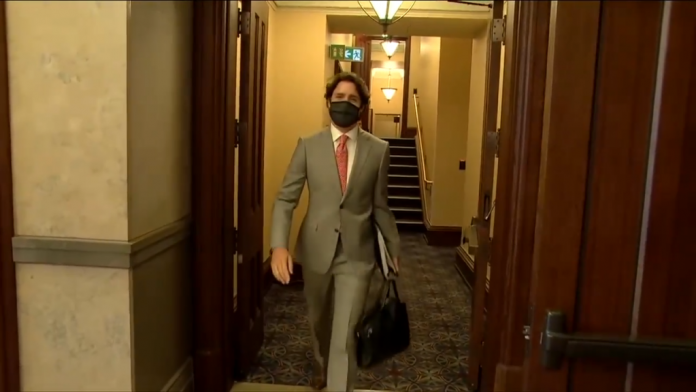 “The stars align as all signs point to the arrival of a new era.”

An idiom which well applies to Prime Minister Justin Trudeau’s nearly seven-year journey shaping the destiny of Canadian society. Orchestrating the greatest transformation in national history requires alignment of key variables. All of which are being executed by our Liberal government in pristine fashion.

To conclude that our prime minister is the grand inquisitor of political transformation is complete folly. He doesn’t have the mental aptitude. What he does have is a mind impressionable enough to believe he could transition from national leader to demi-god of globalism.

As such, Justin Trudeau was chosen as a figurehead– and talking head– for the great Canadian reformation.

In the 16th-century, Martin Luther worked toward reformation of the Roman Catholic Church, resulting in the rise of Protestantism. In the 21st century, Justin Trudeau is leading a reformation of his own– Canada’s fall from democracy to dictatorship.

Two items are essential for an understanding. First, one must cast aside establishment media messaging in totality. Secondly, our subject is to be viewed as a roll-out of a preconceived agenda.

The woke revolutionary attack on Canada contains a duality. First comes decimation of culture and identity. Next, destruction of our economic foundation. As to the former, we will keep it brief. It’s an area we have indulged in for years.