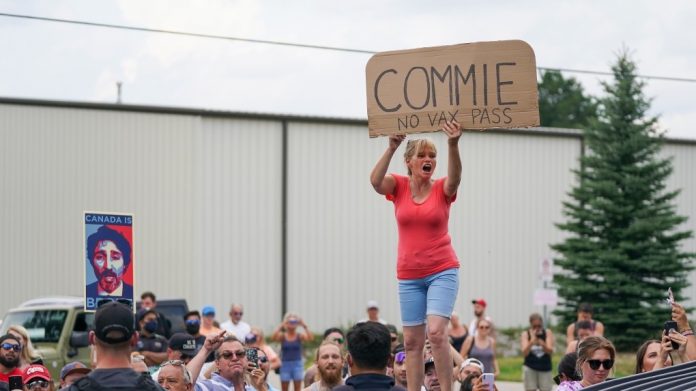 “Free our political prisoners! You’re a communist pig.” shouted a protestor. No, Canadians were not watching a CBC documentary on Joseph Stalin, but rather an under-exposed video clip of PM Justin Trudeau walking the streets in Sudbury, Ontario.

Seems Trudeau can’t get a break wherever he appears in public. Has our general population caught on the to wicked ways of our PM?  It appears to be the case– finally.

It could have occurred far earlier– save one circumstance. In communist fashion, government paid media to obfuscate political reality. Just this week, talk has begun regarding the Liberals funding over 1000 media outlets on a permanent basis.

Media attack Pierre Poilievre. It’s all so absurd as government and media partners work to convert our nation to a socialist dictatorship.

What did it take to bring down Boris Johnson in the U.K? One too many gin and tonics, a few political hands on some sexy women, and their prime minister is done. As opposed to Canada: SNC-Lavalin, WE Charity, Aga Khan, Jody Wilson-Raybould, Trudeau Foundations, Emergencies Acts.

Through it all, Justin Trudeau remains. To such a degree that not one Liberal MP has the guts to call out their bossman. Absolute solidarity– as it exists toward the President of China.