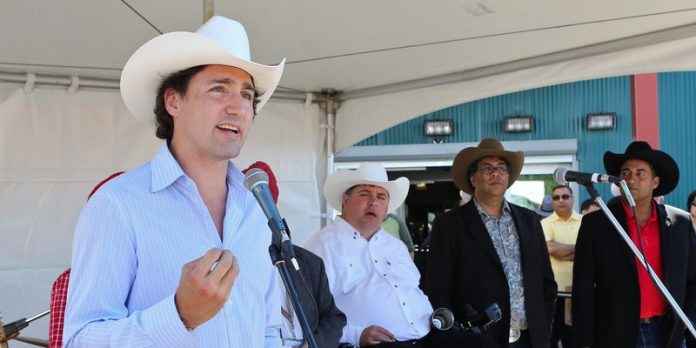 “The anger over the Trudeau government’s plan to have farmers use less fertilizer hasn’t boiled over in this country like it has across the Netherlands, but it’s getting there.”

So states an article recently published in the Toronto Sun. When considering broader context of the war against carbon emissions, CAP arrive at an intriguing hypothesis:

With carbon reduction as rationalization, Justin Trudeau wields the power to control our national destiny. In the name of fossil fuel emissions, our Liberal government has the ability to destroy segments of our economy, and indeed entire industries.

The obvious category being Oil Sands production in Alberta. In the name of Covid, Canada’s trucking industry took a giant spill. Next on the agenda is an attack on Canadian farmers. Leveraging  climate change concern, government are pushing for reductions in emissions of nitrous oxide from fertilizers.

Farmers claim government’s moves will cause “severe economic harm, including billions lost.” The Western Canadian Wheat Growers has released a report stating the plan would cost Alberta $2.95B, Saskatchewan $4.61B and Manitoba $1.58B in lost production from canola and spring wheat crops alone.

Target: Alberta, Saskatchewan, Manitoba. Western Canada— heartland of Conservatism. In the name of the climate change, Justin Trudeau has the power to transform our nation into anything the Liberal government so chose.