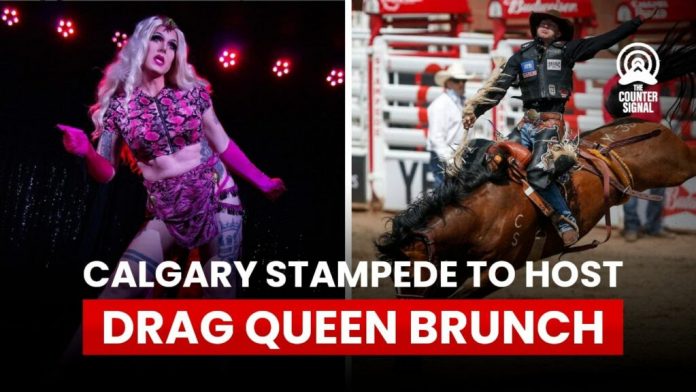 Look, I don’t care about drag shows, as long as you keep them far away from children. But I need to know: why at the Calgary Stampede? What does this have to do with our shared western heritage?

To make things worse, the headliner for this “Drag Brunch” is a man named “Karla Marx,” a reference to the founder of modern communism, an ideology which killed over 100 million people in the 20th century.

Why is the Stampede condoning this? Where will this end?
Keep fighting for what is right,

P.S. We have another huge story that just broke – Justin Trudeau’s approval rating is sitting at 8%! Can you share this story to get the word out? Canadians that are opposed to this tyrant need to know that they are in the vast majority.

P.P.S.: The CBC loves this sort of thing – but it is becoming clear that the Stampede is no longer about our “western heritage.” If you want to help support our fight in the culture war – please help us keep our lights on.