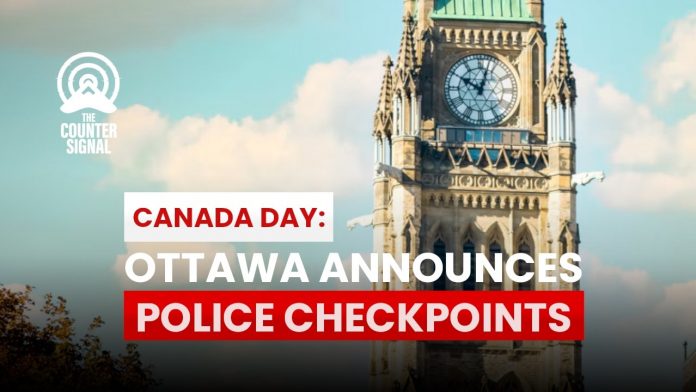 Ottawa is being turned into a police state for Canada Day

Ottawa has announced that a motor vehicle control zone with checkpoints will be in place in Ottawa from June 29 to July 4, and that the normal Canada Day events are being moved 1.5km westwards, off of Parliament Hill.

It is obvious that the City of Ottawa is scared that there will be another freedom convoy, given the fact that James Topp and several speakers have announced that they will be hosting a campout, regardless of any ban.

Will this result in more innocent people being arrested and charged, such as Tamara Lich?

The Counter Signal will be on the ground in Ottawa during the events of Canada Day, covering any police or state abuse in case the CBC fails to do its job as per usual.
Keep fighting for what is right,

P.S.: We need eyes and cameras there that are NOT controlled by Justin Trudeau. Help us cover the cost of this critical journalism by clicking here.