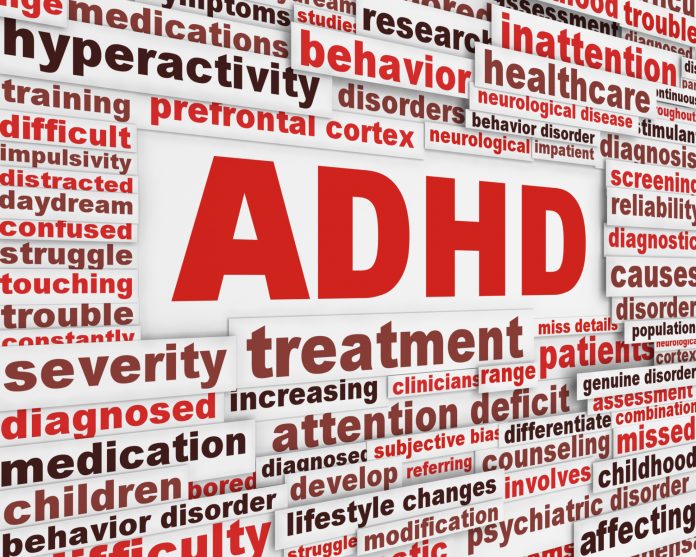 There is a form of mind control that is really mind-chaos. It shatters the processes of thought into, at best, vaguely related fragments. There is no direction, no development, no progress along a line of reasoning. This is how you disable a person. You disrupt his ability to move from A to B to C. At that point, he becomes passive. He’s willing to be programmed, because it’s easier. He wants to be programmed.

“I learned twenty-four new things today at school,” the child said. “One right after the other. I felt so happy. My teacher told me I was learning accelerated. I wrote on my iPad. I saw pictures. I did group harmony. I added. I divided. I heard about architecture. The teacher said we were filled with wonder at the universe. We solved a problem. We’re all together. I ate cheese. A factory makes cheese.”

The new education is ADHD.

It’s a method of teaching that surrenders ground on each key concept, deserting it before it’s firmly fixed in the mind of the student.

It hops around from idea to idea, because parents, teachers, administrators, students, departments of education, and educational publishers have given up on the traditional practice of repetition.

Repetition was old-world. For decades, even centuries, the time-honored method of instruction was: introduce an idea or concept or method, and then provide numerous examples the student had to practice, solve, and demonstrate with proficiency.

There was no getting around it. If the student balked, he failed.

There were no excuses or fairy tales floated to explain away the inability of the student to carry out the work.

Now, these days, if you want to induce ADHD, teach a course in which each new concept is given short shrift. Then pass every student on to the next grade, because it’s “humane.”

Think of it this way. Suppose you want to climb the sheer face of a high rock. You know nothing about climbing. You engage an instructor. He teaches you a little bit about ropes and spikes and handholds. He briefly highlights each aspect and then skips to the next.

So later…while you’re falling five hundred feet to the ravine below, you can invent stories about why the experiment didn’t work out.

Since the advent of organized education on the planet, there has been one way of teaching young children…until recently. Explain a new idea, produce scores of examples of that idea, and get the students to work on those examples and come up with the right answers.

For the last hundred years or so, however, we’ve seen the gradual intrusion of Teacher ADHD.

And no matter how many fantasies educators spin, schools can’t replace parents.

If what I’m writing here seems cruel and uncaring…look at the other side of the picture. Look at what happens when a student emerges from school with a half-baked, dumbed-down education.

He certainly can’t think straight. Give him three ideas in succession and he’s lost. He goes on overload.

You say A and he goes to G right away. You go back to A and he responds with R. He’s up the creek without a paddle.

Forty years ago, I was on the verge of landing a lucrative job with a remedial education company. The owner gave me a lesson plan and told me to write a sample program.

I did. He looked at it and said, “There are too many examples and exercises here. You have to move things along faster.”

I told him the students would never comprehend the program that way. They had to work on at least 20 exercises for each new concept.

“Oh,” I said, “you mean now the student and teacher both fake it?”

And that was the end of that.

Several years ago, I explained much of what’s in this article to a sociologist at a US university. His response: “Children are different now. They don’t have patience. There are too many distractions. We have to operate from a new psychology.”

I asked him what that psychology was.

“Children are consumers. They pick and choose.”

While I was laughing at his assessment, he capped his display of wisdom with this: “There is no longer a clear division between opinion and fact. They overlap.”

I know all about how the Carnegie and Rockefeller Foundations torpedoed education in America. But their major effort was cutting off teachers and students from the history of the nation and the meaning of individual freedom.

What I’m talking about here is a different perversion. The unhinging of the young mind from any semblance of accomplishment and continuity. This goes far beyond the agenda of outfitting children to be worker-drones in a controlled society.

This is the induction of confusion and despair about what used to be called thinking. This is the imprinting of “gaps” that make it very hard for a person to operate, even as a drone.

In addition, if you seed children with all sorts of debilitating and violence-inducing psychiatric drugs, you have a profound and very dangerous mix.

People may wish it weren’t so, but that doesn’t change the facts of the matter.

The upside is, when you explain a concept to a child, and you then take him through a great many exercises designed to help him understand that concept, he’ll achieve a victory.

Then you’ll see the lights go on in his mind. You’ll see his confidence build.

Then he wants to learn.