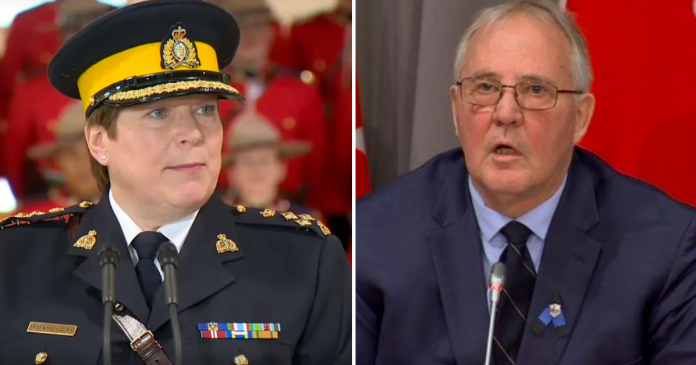 Conservative interim leader Candice Bergen told reporters that she was disgusted by the news that the Liberal government allegedly pressured Commissioner of the RCMP Brenda Lucki to use the 2020 Nova Scotia mass shooting for political gain.

Bergen’s remarks come less than 24 hours after the Halifax Examiner broke the bombshell report based on notes by Lucki’s subordinates managing the response to the shooting.

“The Conservatives believe Supt. Darren Campbell when he says that Brenda Lucki the Commissioner pressured the RCMP and the reason she did it was because she had made a commitment or she had been pressured by the Prime Minister’s Office and or the public safety minister’s office,” said Bergen.

“This is disgusting to know that the Prime Minister in his office would use the death of Canadians for his own political gain but unfortunately we have seen it before.