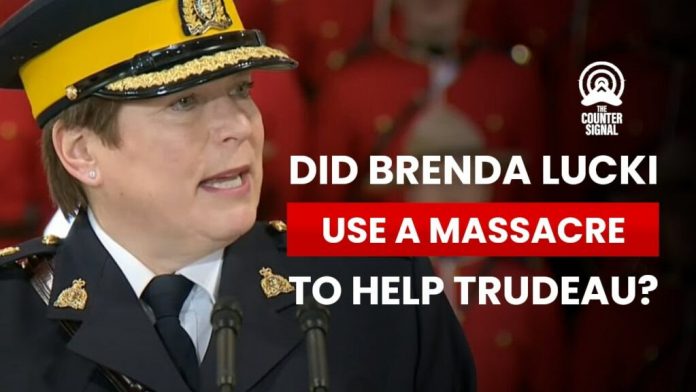 An officer involved in the investigation was told by Lucki to immediately reveal what type of firearms were used in the shooting to the public. When the officer questioned why, Lucki stated that the matter was “linked to pending gun control legislation that would make the public safer”.

Before the bodies were even cold, Lucki was already behind Trudeau’s agenda for gun control.

Lucki also refused to release accurate death toll numbers to the public right away, and was still giving incorrect accounts of the death toll a FULL DAY after the shooter was killed.

We really should learn to expect this from Trudeau and his ilk, but this is unbelievable. All of this manipulation was to help the political agenda of her boss, Justin Trudeau

Please sign our petition to FIRE Brenda Lucki HERE so we can get some accountability for the victims of this twisted event.
Keep fighting for what is right,