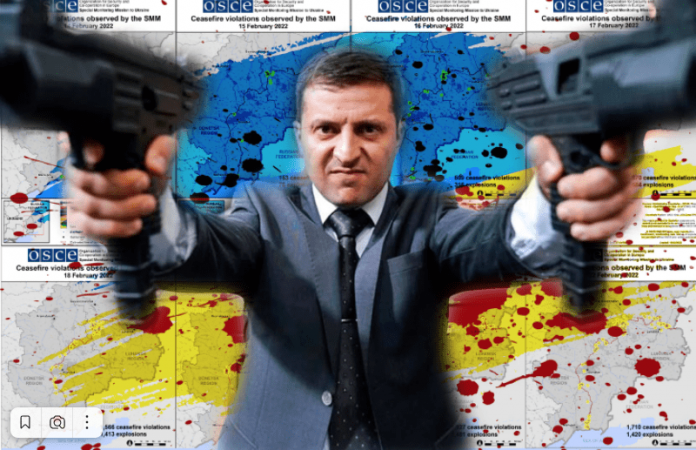 The Biden Administration, U.S. political officials, and the corporate media are lying the American public into World War III.

All of my articles on the Ukraine-Russia War — Part I, Part II, and Part III.

American history is replete with examples of politicians, the corporate media, and the military-industrial complex using lies, false pretenses, and propaganda to sell war to a public that would otherwise be hesitant to send their sons and daughters off to fight on foreign soil.

President Lyndon B. Johnson lied about the Gulf of Tonkin to justify American military intervention in Vietnam.

From “Remember the Maine”, to the sinking of the Lusitania, to Syrian gas attacks, the last century is filled with example after example of the United States government lying to its citizens in order to justify new wars.

In all of these examples, the corporate press acted as dutiful stenographers of the military-industrial complex hypnotizing the American people with lies, deception, and propaganda.

If the old adage is true that the first causality of war is the truth then it should follow that the first battle between Russia and Ukraine was also won with lies.

To turn this passion into a career, I need your support: subscribers who sign up for $5 a month will enable me to do this work full-time and empower us to reach an ever-expanding audience.

It is important to remember that the armed conflict in eastern Ukraine started in 2014 after the Obama administration and U.S. Congress members installed a new government in Ukraine, in what the head of the “private CIA” firm Stratfor called “the most blatant coup in history.”

In response to the U.S.-backed coup, the Luhansk and Donetsk regions in the Donbas held a referendum on seceding from Ukraine, in which 96% of Luhansk and 89% of Donetsk voted for the creation of two new self-described independent republics in eastern Ukraine.

Moscow said the vote reflected the “will of the people,” but the European Union called the elections “illegal and illegitimate“, which quickly turned violent and descended into an all-out conflict between the Ukrainian military and Russian-backed separatist forces of Luhansk and Donetsk.

Between 2014 and 2022 the War in Donbas killed an estimated 14,000 people, forcing millions of people to flee the region, and turning the conflict zone into one of the world’s most mine-contaminated areas.

The Organization for Security and Cooperation in Europe (OSCE) has had observers on-the-ground monitoring the situation in Donbas since the outbreak of open conflict began in 2014.

The OSCE has been the only international civilian observer mission allowed to collect information from both sides of the contact line, and its data, while incomplete, remains the best available.