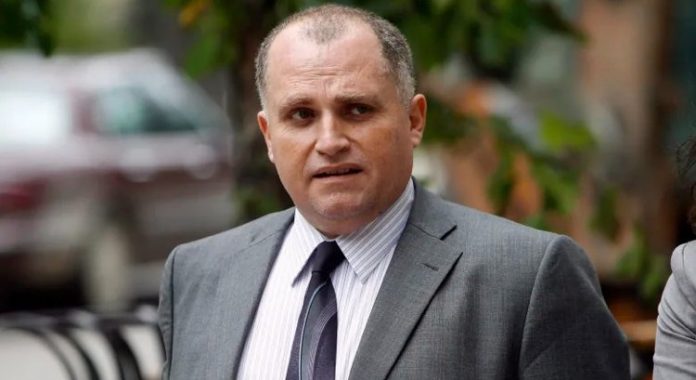 Update on the BC charter challenge argued by Rocco Galati:

Sharing some good news for a change.

It was an amazing day in court watching Rocco Galati in action. Rocco was brilliant as he argued the merits of the case in opposition to the Motion to Strike. Rocco pointed out that this is not a straightforward case such as a truck hitting a bicycle, but rather one of extreme complexity and huge public interest.
.
Rocco meticulously provided case law, both Canadian and International, to defend our position as well as facts supported by evidence, to counter the defense’s accusation that the case was founded on “conspiracy theories.” Mr. Galati advised Justice Ross that the case is not based on conspiracy therories but rather facts, and that he can provide the evidence proving that Bill Gates funds GAVI and the WHO; Bonnie Henry has ties to Bill Gates and the WHO; Teresa Tam is tied to the WHO; Justin Trudeau paid a billion dollars to Bill Gates; and many more important points.
.
The proceedings began at 10:00am PST and there were ‘seven’ lawyers representing the defendants.
.
Mr. Witten, the lead counsel for Justin Trudeau, John Horgan, Bonnie Henry and the other provincial crown defendants, was the first to speak and provided a very weak submission. Mr. Witten provided no evidence to support his vague allegations and argument that the Statement of Claim was “replete with groundless conspiracy theories, deficient in substance, frivolous, convoluted, scandalous, irrelevant, costly, an embarrassment and an abuse of the court’s process.” Mr. Witten made further claims that the Notices of Liability were threatening and intimidating to those who received them and that the delivery of said documents was harassment.
.
Mr. Witten spoke for more than hour and covered several sections of the Statement of Claim (SOC) in great detail. It was impressive to hear the merits of the case being spoken by the defense and at times it became difficult to know if he was representing the defendants or the plaintiffs. As Mr. Witten read through the details of the Statement of Claim it only legitimized our position that the government has indeed violated the Constitutional rights of Canadians, caused irreparable harm and over-stepped their authority.
.
The lawyers representing the additional defendants named in the SOC provided their submissions and it was clear that they also had no argument or evidence to support their reasons for the Motion to Strike.
.
There was a break for lunch and upon returning to the court at 1:30pm PST Rocco began his response. As mentioned above it was nothing less than brilliant and something to behold.
.
Mr. Galati not only challenged Mr. Witten for referring to the case as a conspiracy theory but also for making the absurd statement that it would be too much work and too costly to proceed with this case. Mr. Galati called out the provincial governments and the Prime Minister for spending an accumulative 1.2 trillion dollars on COVID-19 measures and that by comparison, the cost for the case would be inconsequential.
.
Rocco brought to the attention of the court Mr. Witten’s lame and offensive efforts to discredit him by reporting that Rocco had 10 cases which were dismissed due to Motions to Strike, but conveniently failed to point out Rocco’s nearly 600 reported cases that were won. None of his wins were revealed by Witten. Rocco pointed these facts out to remind the court that previous wins and losses are irrelevant. The Case at hand is the only issue.
Mr. Witten further failed to mention the thousands of cases that Rocco has argued in his 34 year career and the many wins he has achieved. Justice Ross thanked Mr. Galati for the information and it rightfully elevated the level of respect due to Rocco.
In closing, Rocco stood on the merits of the case and that it is a matter of public interest and should not be dismissed. Rocco added, “the Constitution does not bend, kneel or kiss the feet of public health offices or any public official or judicial legislatures.”
There is so much more to report but these are some of the highlights. Live updates were posted during the proceedings.
.
The defense lawyers were then given the opportunity to reply but ZERO replied! None of them had a rebuttal! This is because they could not respond to Rocco’s correction of the defendant’s counsel’s embarrassing mis-statement and ignorance of Constitutional law and rights pleaded.
.
We now await Justice Ross’ decision which may take up to 30 days. We will make an announcement once the information is made available to us.