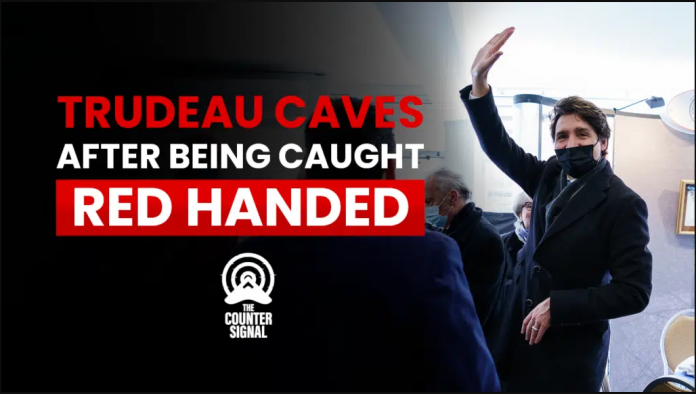 We have just heard that Trudeau is finally lifting the travel vaccine mandates after nearly 8 months of tyranny.
To all those that remained steadfast during this ordeal and did not bend the knee to the Trudeau government or his media class, thank you.

Unfortunately, Trudeau only acted after he was caught red-handed flying into the country with an active COVID infection from a conference in Los Angeles, ignoring the rules that the rest of us were forced to obey.

Trudeau is a slippery guy, and he will do whatever he can to resume his vindictive campaign of oppression. It has already been said that the restrictions can be reinstated if there is a new variant of the virus. What is to say that Trudeau won’t reinstate them again in the fall if there is a small spike, like Jason Kenney did?

This isn’t over just because Trudeau caved on the mandates. What about the truckers that he is still prosecuting for protesting his demonstrably insane policies in February?

We have a long way to go, and I’m not planning on forgiving Trudeau any time soon.
Keep fighting for what is right,

P.S. I am tasking my team with getting to the bottom of Trudeau’s illegal flight into Canada. We are working hard to file Access to Information demands with the government. If you want to support our ATIP action to expose Trudeau – click here.