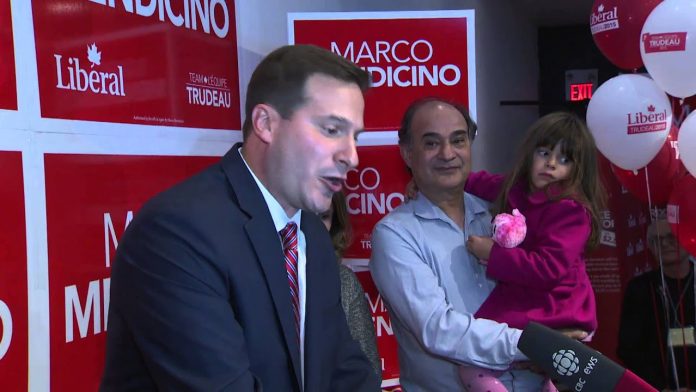 In April 2022, Liberal Public Safety Minister Marco Mendicino told a special joint committee that the Liberal government were in consultation with the RCMP regarding blockades in downtown Ottawa.

“The advice we received was to invoke the Emergencies Act,” Mendicino stated at the time.

RCMP Commissioner Brenda Lucki, as well as Ottawa interim police chief Steve Bell, are  both on record stating that they did not ask for the Emergencies Act. In fact, no police force in Canada has stated that they recommended invocation of the EMA.

In Parliament, Conservative Shadow Minister Dane Lloyd said that “our memories are very clear on this. The minister(Mendicino) repeatedly stated that police recommended  government invoke the Emergencies Act. Now we know not a single police force [minute 13:20 in the video] in this country made that recommendation. Now his deputy minister is saying the minister was misunderstood.”

Mainstream media ran with the “misunderstood Mendicino” narrative. CBC, CTV, Global News— all three played a part in facilitating a nebulous non-response for what appears likely:

Someone lied– likely Marco Mendicino himself. His Deputy Minister and various bureaucrats surrounding him ran with the evasive “misunderstood” positioning: